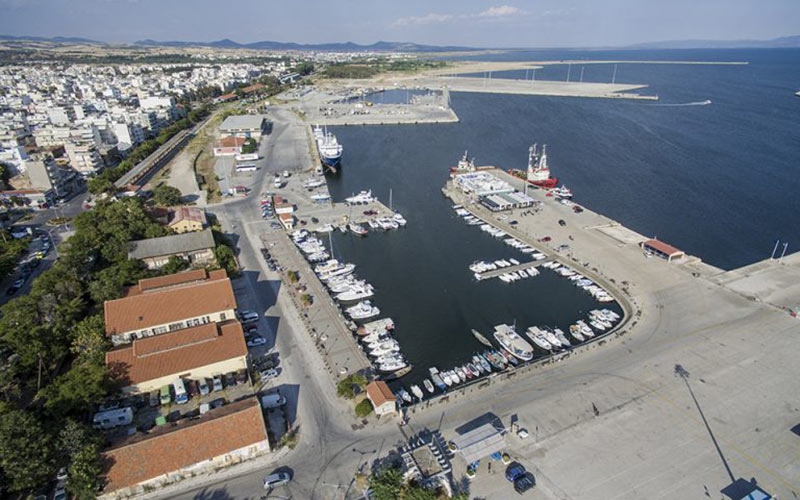 Amid criticism from the opposition regarding the sale of the port of Alexandroupoli, which has now become the main transshipment base for the US army and navy, the Greek government decided to solve the port at its own expense.

The government decided to modernize the port of Alexandroupolis at its own expense, as the development of a rail corridor from the city to Ormenio on the Greek-Bulgarian border and from there to central and eastern Europe has made the Greek port infrastructure a key hub for the US in eastern Europe in the context of the war in Ukraine.

It is for this reason, first of all, that the Board of Directors of the Hellenic Investment Fund, following the decisions of the government taken at the highest level, is expected to cancel the tender for the sale of 67% of the share capital of the Port Authority of Alexandroupoli within the next few days. According to Prime Minister Kyriakos Mitsotakis, “The government has decided that at this stage, Alexandroupolis is of such great strategic, geopolitical and energy importance for our country that it should remain the property of the Greek state and, in particular, TAIPED, which has the ability to develop port and use its full potential”.

According to his sources, TAIPED will now be tasked with preparing the necessary environmental and other studies, as well as preparing a comprehensive development plan (master plan) and business plan. In this context, the expansion and equipping of the port – including its further deepening to accommodate even larger vessels – will continue, the current users of the port will be accommodated on land and in related infrastructure, and any other investments will be made.

The project is viewed by the state as a program to increase the value of its portfolio assets. However, it is currently unknown if it will be re-introduced into the privatization program in the future. However, given the increased geopolitical importance of the port and the subsequent decision to cancel the tender, as well as the start of public investment, it is clear that any relevant discussions are relegated to the background.

In recent years, the port of Alexandroupolis has been included in the framework of the institutionalized Greek-American defense cooperation and is used, among others, by the US Army’s Military Deployment and Distribution Center (SDDC).

According to US sources, “the port has evolved into a dynamic supply chain hub, with a proven track record of successful road and rail transportation to anywhere in Europe” and therefore has become “vital in enabling the successful deployment of US troops to support our European allies and partners.”

Near Alexandroupoli, a liquefied natural gas regasification terminal (FSRU) is also being developed by Gastrade, and a joint venture between PPC, DEPA and Kopelouzos Group plans to build a natural gas power plant in the region. The wider geographic area is also the starting point interconnector Greece-Bulgaria (IGB) is 182 km long, and the necessary associated facilities have already been installed connecting the gas networks of Greece and Bulgaria, as well as the TAP pipeline.