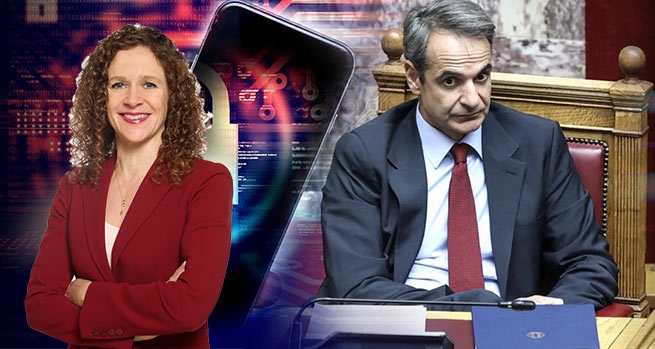 It appears that a committee of the European Parliament, PEGA (the name comes from the Pegasus surveillance software, similar to Predator) has decided to “examine” Greek Prime Minister Kyriakos Mitsotakis by consistently debunking his allegations that the intelligence agency under his direct management, is not involved in the acquisition of spyware.

PEGA spokesperson Sophie Ead Vled rebuts Mitsotakis’ claim that his government is not responsible for surveillance: “We know that surveillance malware is sold mostly to governments. And individuals, but they must be very, very rich, billionaires. Who has the incentive to give this money? And then from the list of people we were monitoring, we realized that they were mostly politicians and journalists. Who could have the money, and who could allocate it to monitor these people? “.

“And then we know that some of these people were already under surveillance ΕΥΠ. Is this a coincidence?” she added.

Yesterday Kyriakos Mitsotakis interview Nicos Hadjinikolaou said: “I have never claimed, and the government has not claimed, that there is no surveillance center and no center that deals with the Predator software. different things. We recognized from the very first moment that there is a problem of illegal software in the country, and we did not buy it, and now we have forbidden it to be bought … “.

At the same time, the prime minister said that he did not know what kind of people created the monitoring center: “I don’t know. And we need to find out. Therefore, we will be a country that will unravel this tangle and adopt a provision that directly prohibits the sale of such software. the other country didn’t. All countries have experienced similar problems. And we are not sure who can distribute these centers. What we are absolutely sure of is that it was not ΕΥΠ (Hellenic National Intelligence Service). And obviously, that I have nothing to do with it.”

But now the PEGA speaker refutes it, or rather DOES NOT BELIEVE it. Sophie Eid Vled said she herself, however, found the government’s argument that “Predator” was being used by private individuals unconvincing. “We had to rely on sources other than the government. As far as I understand, it is up to the Greek prime minister to declassify. He can do it, and then a lot of information will be revealed,” she said in response to another question. Revelations Documento – not the first. A lot of time has passed since the beginning of the first publications, they started from last year. The authorities could show a sense of urgency and investigate. Now the prosecutor’s investigation will be carried out, I hope we will get the results soon.”

The rapporteur did not fail to reiterate that she was surprised that the investigation into Intellexa did not lead to a seizure of data or an interrogation, adding: “I imagine that now any evidence that was there will disappear.”

“Espionage for political reasons is nothing new in Greece, but new espionage technologies make illegal surveillance much easier, especially in the face of seriously weakened guarantees,” is one of the MEP’s conclusions. “Unlike other cases such as Poland, the abuse of spyware does not appear to be part of an overarching authoritarian strategy, but rather a tool used on a case-by-case basis for political and economic gain. However, it undermines democracy and the rule of law in equal measure. and leaves ample room for corruption, and these turbulent times call for strong and accountable leadership,” he adds.

And his conclusion is non-negotiable: before the general elections to be held in the spring, it is urgent to understand and clarify the situation, “so that there are no doubts about the fairness of the 2023 elections.” The first text of the report, which was presented today to MEPs and the press in Brussels, includes a detailed history of events, an introduction to the individuals involved in the intercepts and attempts to answer the main questions that have arisen. Among other things, it says that if the Dokumento list is confirmed, then “it looks like an impressive indicator that “who is who“in politics, business and media in Greece”.

“The impact of this wide-ranging political use of spyware is infinitely greater than that of the individuals on the list, as all of their respective contacts and connections are also indirectly “captured” in the spy operation, including their contacts in institutions EU“, the message says.

One of the questions being scrutinized is who bought the Predator. “Both ΕΥΠ and the government vehemently deny that the Predator was ever acquired or used by the Greek authorities. While the use of spyware is illegal in Greece, there does not seem to be an active investigation into the origin of spyware attacks. Revelations about the use of spyware and ΕΥΡ’ surveillance of journalists tells a very disturbing story of a complex and opaque web of relationships, political and business interests, benevolence and nepotism, and political influence.

“It’s easy to get lost in the maze. However, there are some patterns. Political majorities are used to promote specific interests rather than common interests, in particular by appointing collaborators and loyalists to key positions such as ΕΥΠ, and ΕΑΔ or Krikel. At that time how espionage, perhaps in combination with legitimate wiretapping, is being used as a tool of political power and control in the hands of the country’s top political leadership Ex ante and ex post control mechanisms have been deliberately weakened and transparency and accountability avoided Critical journalists or officials fighting corruption and fraud, face intimidation and obstruction, and there is no protection for whistleblowers.”