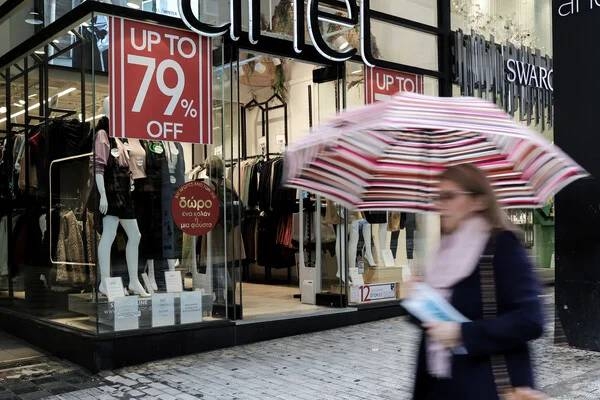 A second postponement has been announced for stores that were supposed to open their doors to shoppers this Sunday, November 13th.

According to the announcement of the Greek Ministry of Development, the stores will be open on Sunday 27 November, with the recommended opening hours from 11:00 to 20:00. closed due to bad weather Eva.

Announcement text: “The General Secretariat of Trade and Consumer Protection of the Ministry of Development and Investment informs consumers that the stores will be closed on Sunday 13 November. But they will be open on Sunday 27 November, with additional opening hours from 11:00 to 20:00 hours evenings.

Recall that the Greeks did not want to work on Sundays, and continue to refuse under various pretexts. For example, this video was filmed 9 years ago. And has something changed? Unless demi-season sales have been abolished altogether …