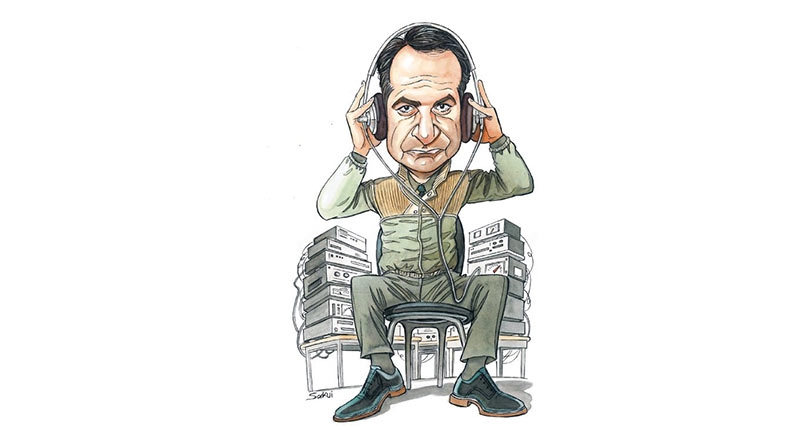 “A friend asked me if we were getting too cynical. He says that cynicism has come into play within us and has been troubling us for years.

We have gone bankrupt in the past because the country has been betrayed by its leadership, private and public, by a “bourgeoisie” addicted to greed, tyranny and indifference to institutions and meritocracy. And our tolerance, which is not justified by any alibi and does not give any discounts. One old prime minister called it “mind-broadening,” meaning you hear so much that nothing else impresses you.

Were we awakened by a bankruptcy that was not only economic? The truth is that even today there is little that is shocking. You hear all the time, “But doesn’t everyone do the same thing?” or “well, that’s the way it is in Greece.”

They no longer shock society with their inappropriate behavior or wiretapping of telephone conversations*.

The people are tired, exhausted after years of crisis and now face a great risk of further impoverishment due to inflation. There are no moral principles to rely on. The bar is constantly going down. And it drags everyone down.

The Academy of outstanding scientists and intellectuals – there are many of them in its ranks – is exhausted by petty politics and personal squabbles. Our academic leaders often have nothing to envy of third-rate politicians. In fact, they are trade union activists and politicians combined, and nothing more.

Even the church seems to have become engrossed in business and forgotten its role. In critical positions, unfortunately, there are people who cannot authoritatively and seriously treat the institutions they represent. They seem to care more about selfies than what the country has entrusted to them. Politics has become a huge menagerie that lives in a world of endless gossip and scandal. You rarely hear speeches from politicians that grab your attention. The country has been betrayed by our tolerance for behavior that cannot be justified by any alibi and does not tolerate any discounts.

I knew that the friend was not asking in a general sense, but was addressing me. I thought I had escaped the cynicism trap because I still deeply believe this place could get better. And because in a toxic and difficult environment, I believed that I did not allow the surrounding cynicism to destroy the moral tablets that each person carries in himself in order for them to guide him in difficult times. At some point, however, everything seems routine, and you stop responding to it because you fall into the trap of the “it’s always been like this” principle, or because you think that there is no alternative or other way forward for the country. It is not right. The personal bar must be kept high, regardless of what was before, but for what will be in the future. “

Alexis Papahelas. GThe editor-in-chief of the pro-government publication Kathimerini was surprised (it was clearly a shock to him) to learn from the DocumentoNews publication that he was the object of surveillance by the national intelligence service, which, on the orders of Kyriakos Mitsotakis, hacked his smartphone with the Predator program. The man who for many years wholeheartedly supported the New Democracy, often turning a blind eye to the shortcomings and sins of the authorities, was on the list of those who were followed. This is a shock and a personal tragedy.