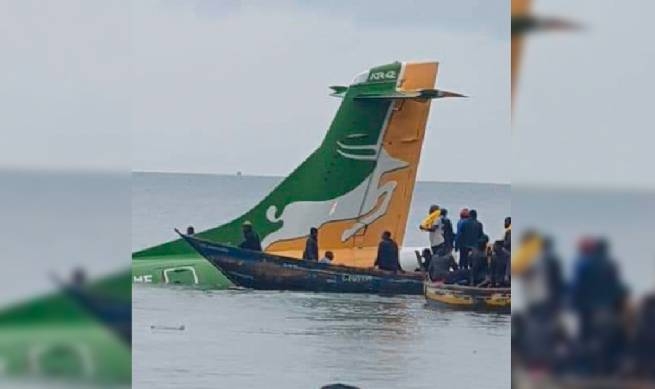 The plane with 53 passengers on board crashed yesterday, November 6, in Lake Victoria in Tanzania. The crew of four tried to land the liner on the water surface, but sank. So far, 24 out of 49 passengers have been rescued.

Some may be blocked inside the aircraft. Bad weather is said to be the cause of the disaster – the plane got into a storm while landing at Bukoba Airport and was forced to land on the surface of a reservoir.

An ATR-42-500 passenger aircraft of the Tanzanian airline Precision Air. departed from the country’s capital, Dar es Salaam, and was heading to the city of Mwanz, informed state channel TBC. According to the local newspaper Citizen, at least three people – a woman and two men – were killed: “The chief medical officer of the Kagera area, Isezanda Kaniki, confirmed the death of three people as a result of the crash of a Precision Air plane into Lake Victoria.” Rescue operation continues writes BB.LV.

Later, the EFE agency, citing the country’s prime minister, reported that the number of victims of the crash had risen to 19.