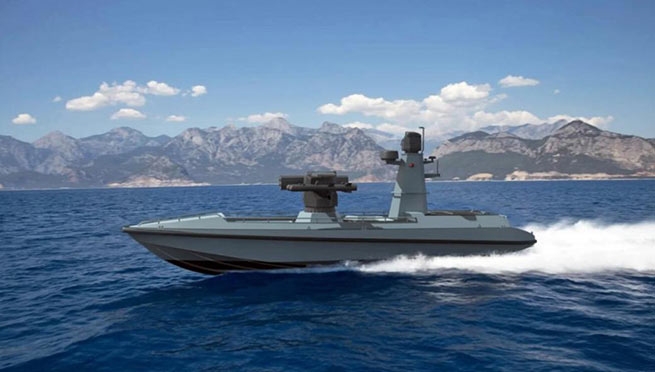 Ankara is trying to change the balance in the Aegean, in the air and in the water, by investing in drones it delivers to the front lines.

Turkish maritime drones have a machine gun, anti-tank missiles, missiles guided by laser beams, and a sensor that can be either a thermal imaging camera or a small radar. The first tests have already been carried out, when the drones hit a target on the beach with their weapons. It may not look threatening at first glance as it has no armor and is weather sensitive, but it is designed to work in packs with the help of artificial intelligence.

The ships, whether there are 10, 50 or 100 of them, will coordinate, overlap each other’s actions and, when necessary, some of them will be “sacrificed” in the logic of kamikaze.

Their second advantage is low cost: if 100 marine drones worth 10-20 thousand are used in the operation, and they manage to withdraw a frigate worth 1 billion euros from battle …

“It will be a fearless guardian of maritime borders, naval bases, ports and critical facilities with new, remote-controlled weapons,” the company’s website says, among other things. But in fact it is more of a powerful offensive weapon…

It is worth noting that a fairly successful attack of such drones on Sevastopol has already been carried out.