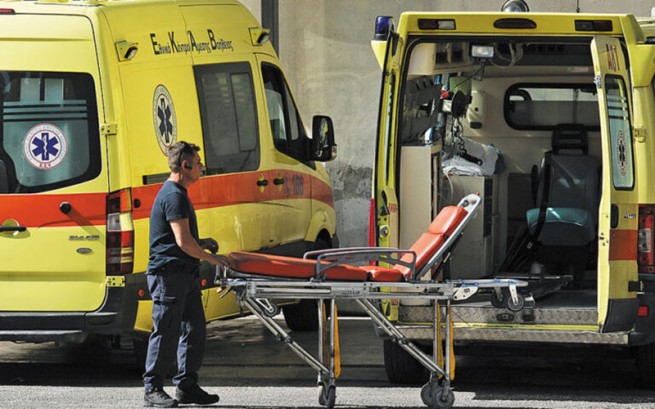 Entrepreneurs, realizing the catastrophic situation with the ambulance staff in Athens, created a private company in which they recruited taxi drivers, teaching them first aid …

Drivers certified in first aid, cardiopulmonary resuscitation and basic resuscitation, “armed” with defibrillators, oxygen tanks and first aid kits, seek to combine urban transport with medical. Behind this original business idea is Evangelos Gerentes, who is a first aid instructor and has been a taxi driver for many years.

In conversation with open TV Gerentes said that drivers cannot intervene in case of severe accidents, but are ready to help in case of health problems, heart attacks and other problems, and most importantly, they can provide first aid and take the sick or injured to the emergency hospital. Gerentes added that they are cooperating with the state ambulance service EKAB and can intervene if the ambulance gets stuck on the street due to traffic.

He clarified that the taxis of the company, unpretentiously named Help Taxi, are included in the register of the general secretariat of civil defense so that they can be requested in case of natural disasters. The message does not mention the cost of services, but information can be obtained on the website helptaxi.gr

Recallthat in recent years the situation with the crews for ambulances has been extremely tense in the country. By data National Emergency Center (ΕΚΑΒ), there are currently 45 ambulances in use in Attica during the day and 28 at night. twice as many cars.

The islands have also been hit as emergency response teams struggle to fully man ambulances, with at least one per island of more than 2,000 people.

According to ΕΚΑΒ, 450 ambulance workers have retired since 2019, and 560 employees have been hired on short-term contracts during the Covid pandemic. To reduce response time, the service needs to convert all short-term contracts to full-time and hire an additional 700 employees, but there are not many people willing to take on this job.

But even if the ambulance did arrive and you were taken to the hospital, there is no guaranteethat you will be served in the ambulance department. To begin with, the patient or accompanying person will be interrogated for a long time, demanding the presence of medical insurance, and in case of its absence may refuse to help. (however, even if there is insurance, help is not guaranteed, which is why recent examples with people who were denied and died at the gates of the hospital).

It is worth noting that, in addition to the state ambulance service, there are also private ones, often at the same private clinics or cooperating with them. There is no need to wait long and there are no problems with the staff. However, the services of a private clinic can be used mainly by persons insured in these clinics or foreigners with health insurance, or anyone willing to pay quite a tidy sum, from which some can have a heart attack.

The more emergency services we have, the better. In any case, the main thing is that in this way private traders do not turn all public services into surrogates. On the other hand, the country is run by politicians who often do not understand anything about their business. So against their background, trained and certified taxi drivers working instead of an ambulance, this is far from the worst decision.