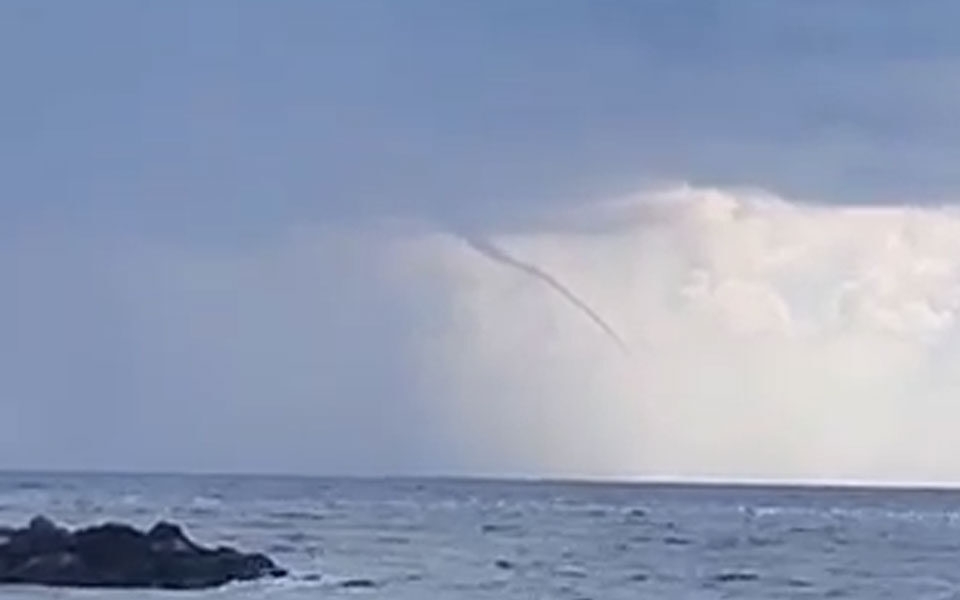 Since the evening of Friday, November 4, Greeks have received a 112 extreme weather alert, in connection with which the authorities are urging citizens to avoid unnecessary movements.

A spectacular water tornado was seen in the waters of the Messinian Gulf today, Saturday, shortly before 2:00 pm. The weather in Kalamata and throughout Messinia has reportedly deteriorated sharply over the past few hours, with the south wind intensifying to a storm.

During the cyclone “Eve”, a whirlwind sweeping through Greece, a lot of videos with a frightening element appear on the Internet. But are these tornadoes really that dangerous? And how to protect yourself for those who are faced with this natural phenomenon?

According to experts, first of all, it is important to understand that tornadoes that occur in Greece (they are also called tornadoes) are water tornadoes. As the name implies, such tornadoes form over the water surface, usually over a large body of water (sea). The appearance of this element requires the presence of several conditions, the key ones are the water temperature above + 25 ° C and the appearance of thunderclouds over the reservoir. In this case, the waterspout moves along with the parent cloud. It can circle in place, move towards the shore or parallel to it. According to meteorologists, water tornadoes are not as dangerous and destructive as terrestrial ones.