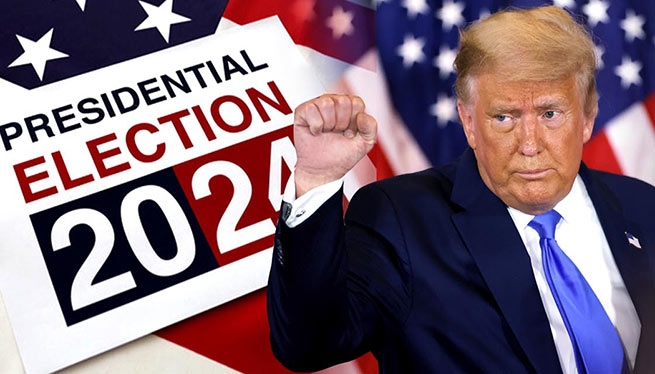 When Donald Trump left the White House in January 2021, the music of Frank Sinatra “My Way” was played, it was symbolic. And now he is again declaring himself a candidate for the presidency of the United States, entering into an uncompromising battle with the deep state, which brought the world to the brink of nuclear war.

D. Trump will announce his candidacy for the upcoming US presidential election in 2024 on November 14.

The Democrats face a crushing defeat in the midterms after the Joe Biden administration’s policies led to unprecedented price increases for American society (and the planet) and fear of a nuclear war with Russia. In addition, the same US President D. Biden proves every day that there are serious problems with his mental state.

Donald Trump’s rivals in the election race will be Florida Governor Ron de Sandis and former Secretary of State Mike Pompeo. American citizens consider D. Biden a “heavyweight” for themselves, as incidents showing that he “does not function normally” and certainly not at the level that he needs in order to be President of the United States are increasing exponentially. His approval rating barely exceeds 40% while Bill Clinton, Barack Obama and Donald Trump averaged 43% to 45% approval ratings in the midterms.

During a rally in Iowa, Donald Trump said, “And now, to make the United States successful and safe and secure and glorious, it’s very, very, very likely that I will do it again.” Donald Trump appears to want to capitalize on an expected Republican victory in Tuesday’s November 8 midterm elections, his advisers said.

Recall that a Reuters / Ipsos poll at the end of last month showed that 41% of Americans have a positive attitude towards Donald Trump.