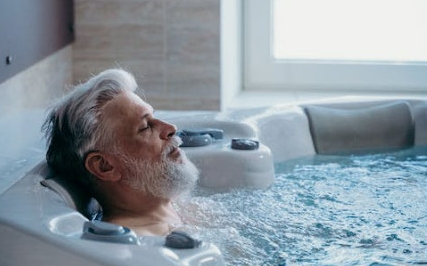 The death of an elderly couple in the thermal baths of Sidirokastro in Serres was due to drowning.

According to the ERT channel, which published the findings of the forensic medical examination, both the 72-year-old and the 70-year-old man drowned at the same time in a private room (such as a jacuzzi) in a balneological treatment center. An autopsy this morning concluded that “the couple died of asphyxiation, but it was concluded that this was a ‘secondary cause of death’ and the reason why the elderly passed out at the same time is under investigation.”

First the woman died, then the man

According to thestival.gr, information from forensic sources indicates that the death of the woman preceded the death of the man. The same source mentions that the husband tried to help his wife when she lost consciousness, but to no avail.

During the inspection of the two bodies, a technical expert from the thermal baths enterprise where the tragedy occurred was also present. However, more “light” on the circumstances of the deaths will be shed by the results of histological and toxicological studies, which are expected at least in two months.

Authorities were also said to have taken water samples from a hot tub in which two elderly people were found dead.

Samples will be sent to the state chemical laboratory. While the operation of the facility (balneological resort) was partially suspended until further notice from the authorities due to security concerns.

“I can tell you that the couple has been at the spa for a few days now and this was the third time they have taken therapeutic baths. At the time they were using a private area, sort of like a jacuzzi, if I can properly describe that device that a couples spa has. And when they did not come out at the appointed time, the employees of the balneary began to knock on the door, but received no answer. When they finally opened the door themselves, the couple was found dead together,” the mayor of Sintica said.

He noted that from the point of view of the municipal economy and the work of the baths, nothing reprehensible was found.

“Everything worked fine: the staff, the nurses, and the doctors were all there. We cannot know exactly what happened. The authorities are investigating this tragic incident,” Fotis Domoutsidis concluded.