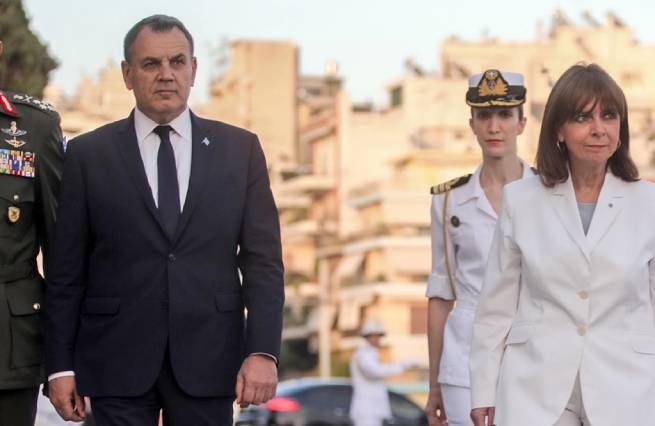 Greek President Ekaterina Sakellaropoulou, accompanied by the country’s Minister of Defense Nikos Panagiotopoulos, today, November 3, will arrive on a visit to Kyiv.

According to Skai, on Wednesday evening they arrived in Poland, and from there they left by train for the Ukrainian capital. For security reasons, information about the program of the visit is not disclosed. As writes “European Truth”in the morning Ms. Sakellaropoulou and Mr. Panagiotopoulos will arrive in Kyiv and meet with Ukrainian President Volodymyr Zelensky.

As expected, the President of Greece will note the solidarity and support of the Hellenic Republic to the Ukrainian people in their struggle against the Russian occupation. Then the Minister of National Defense of Greece will meet with his Ukrainian counterpart Alexei Reznikov.

Edition protothema.gr reports that Ms. Sakellaropoulou’s visit was scheduled for mid-October but was postponed due to unnamed obstacles. It takes place against the background of the delivery of BMP-1s by Greece to the Ukrainian front, which the country is replacing with German Marders. In October, Ukrainian Foreign Minister Dmitry Kuleba announced that the transfer of armored vehicles had begun.