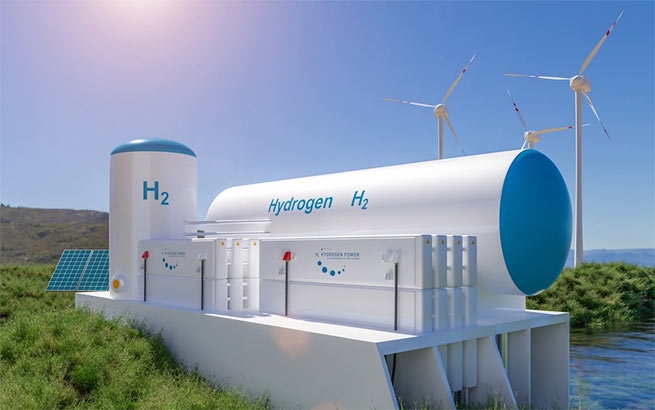 Greece is setting ambitious targets for the production of green hydrogen, a fuel that will complete the energy transition equation by replacing fossil fuels in sectors that are difficult to electrify, such as heavy industry and transport.

This program is being implemented through a national policy based on the equally ambitious goals set by the European Union under its Climate Neutrality (Fit for 55) and Russian Fuel Rejection (REPowerEU) strategy.

Under these conditions, Greece is developing its own strategy for incorporating hydrogen into its energy mix and laying claim to being a green hydrogen hub, thanks to the natural gas pipelines that pass through its territory, as well as those planned in the future*. The EastMed gas pipeline could become a “hydrogen supply line to EU in the long term,” according to a recent article in the German newspaper Handelsblatt by Greek Secretary General for Energy Alexandra Sduku.

The roadmap for incorporating hydrogen into the country’s energy mix has been finalized by a 20-member committee of the Ministry of Interior and is expected to be presented next Monday at a special event jointly organized by the European Hydrogen Association and the regional authorities of Crete, West Macedonia and Thessaly, and also the Commission for the Development of the National Hydrogen Strategy.

The total turnover of the hydrogen supply chain in Greece will be around 10 billion euros per year in 2050. By then, about 60 gigawatts of renewable energy will be needed to power the electrolysis plants (30 GW by 2040). The national strategy provides for accelerated procedures for licensing renewable energy projects for hydrogen production, licensing and grid connection, as well as government subsidies until 2030 due to the immaturity of the technology, which makes investment costs very high.

* Pipes designed for gas or oil, no good for pumping liquefied hydrogen and require special, very expensive processing, or the use consistent pumping, volumes of gas – hydrogen – gas.