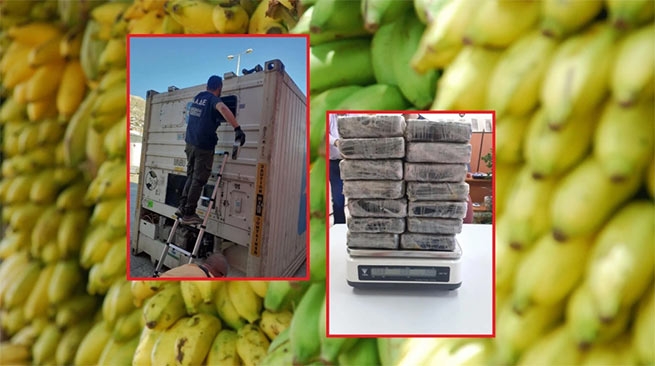 16 kilograms of cocaine were found in banana packages by the Independent Revenue Service auditors in a container that arrived from Costa Rica.

The inspectors went to the 3rd Piraeus Customs to inspect containers of bananas, which were selected using a special risk analysis algorithm.

The container arrived from Costa Rica and had its final destination in Croatia. A mobile x-ray unit scanned it and found signs of organic material in the refrigeration area.