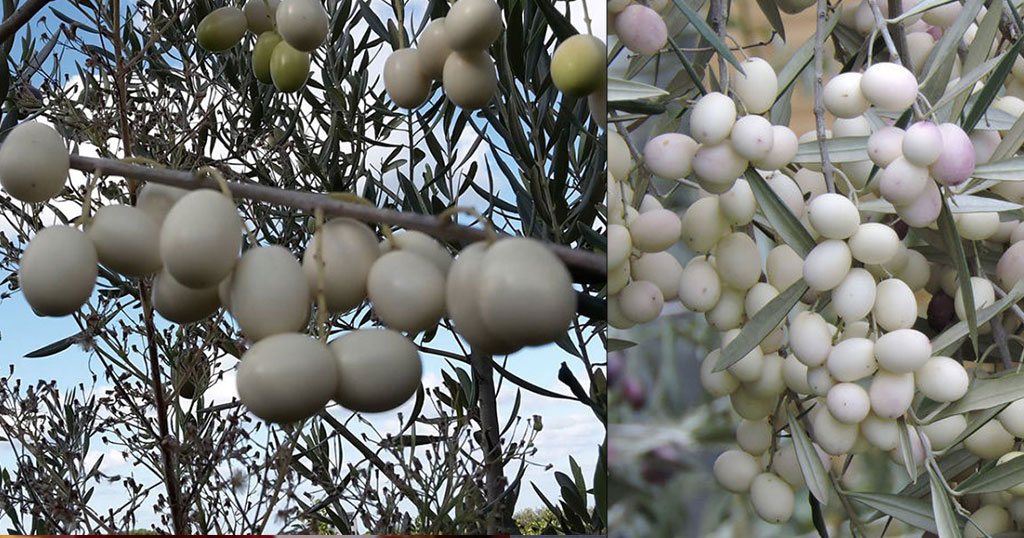 A rare variety of olives, the origin of which has been known since ancient times, is called Leucocarpa or Leucolea and has small fruits that turn ivory when ripe.

“Distributed mainly in the regions of southern Italy (and in particular in Calabria), the olive variety, presumably, was brought to Hellas (Μεγάλη Ελλάδα ή Μεγάλη Ελλάς, Magna Graecia στα λατινικά, Magna Grecia στα ιταλικά). What Innocenzo Muzzalupo, Research Fellow at the Council for Agricultural Research and Economics at the Center for Olive, Citrus and Tree Research (CREA-OFA) told. Due to the white color of the fruit, which in Western culture symbolizes purity, it has become used mainly for religious purposes.

“The extra virgin olive oil produced from this variety has the same characteristics as all others in terms of fatty acid composition, flavors and aromas typical of a light fruity product,” he explained.

A small number of growers use it in blends with other common olive varieties. This is why the Leucocarpa was intended for the sacraments and other Catholic rites, and in the past for the anointing of the emperor during the confirmation ceremony.

This is further evidence that ancient people, regardless of their faith, associated olives and olive oil with holiness, as they did in Athens and many other places in the Mediterranean. And to this day, olives are universally considered a sacred tree and a symbol of peace.

A rare variety of Leucocarpa, when examined by geneticists, turned out to belong to a single species. The farmers take good care of these olive trees.

“Olive ripening involves two phases: first, the synthesis of chlorophyll, which colors the fruits initially green, and then they turn surprisingly white, lose their color,” explains Mr. Muzzalupo, continuing, “at the same time in general in olives, as in most fruits, the synthesis of anthocyanins and other flavonoids is activated. This is what causes their bluish or black color.

We must remember that some varieties during the first part of maturation turn into a very light shade of green, almost white. For example, Biancolilla, whose name is reminiscent of white (Bianco in Italian), is slightly called Leucocarpa in some areas, because after the degradation of chlorophyll, the fruits remain white for up to twenty days, until the pigment appears.

“In Leucocarpa, there is no activation of flavonoids and anthocyanins at all,” Muzzalupo explained. “This is the only variety that remains white at any stage of ripening, and if we leave the fruits on the trees until late winter, we will find them white, which tend to turn yellowish (ivory) due to lipid oxidation. In our study, we tried to understand why this happens, ”says the specialist.

Researchers have found that variation in certain genes is inhibited at the level of certain enzymes by a regulatory process. Later, scientists found out which regulatory mechanisms are implemented through specific microRNAs. This latest discovery led to the publication of the study.