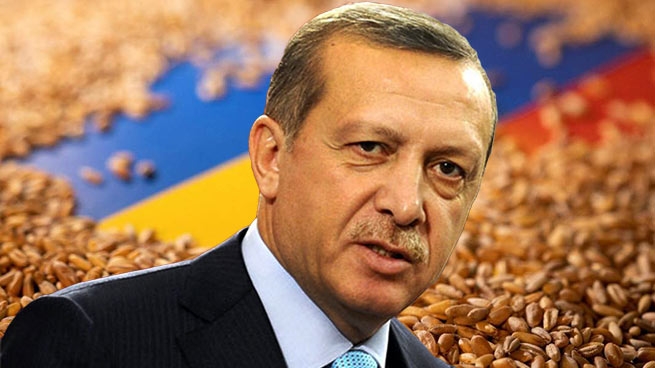 The Ministry of Defense of the Russian Federation announced that Russia decided to resume participation in the Black Sea Grain Initiative, informs TASS. At the same time, Recep Tayyip Erdogan personally acted as the guarantor of the continuation of the deal.

In an official statement, the department says that, thanks to the participation of the UN and the assistance of Turkey, Russia received written guarantees from Ukraine that the grain corridor would not be used for hostilities. “The Russian Federation believes that the guarantees received at the moment appear to be sufficient and resumes the implementation of the agreement,” the ministry said.

Volodymyr Zelenskyy said that he had held telephone conversations with Turkish President Recep Tayyip Erdogan and thanked him for his active mediation in maintaining the grain deal, according to which Ukraine can freely export grain to world markets. He also thanked Erdogan for supporting the sovereignty and territorial integrity of Ukraine.

In turn, the press office of the Turkish president cited Erdogan, who stressed during a conversation with the president of Ukraine that the opportunity for Ukraine and Russia to export grain is vital for the whole world. Erdogan also stressed that it is necessary to step up diplomatic efforts to find a fair solution to end the war.

The telephone conversation between the heads of the two states took place after Moscow agreed to continue participating in the deal on the export of Ukrainian grain. Just a few days earlier, Russia announced withdrawal from the grain deallinking it to drone attacks to the ships of the Black Sea Fleet in Sevastopol. After that, Erdogan had a telephone conversation with President Putin, and the Turkish Defense Minister – with Sergei Shoigu. On Wednesday, Russia said it was returning to the deal, explaining that it had received guarantees from Ukraine that the grain corridor would not be used for hostilities.

As part of the deal, Turkey and the UN signed separate agreements with Ukraine and Russia that guaranteed the safety of ships carrying Ukrainian food exported from Black Sea ports.