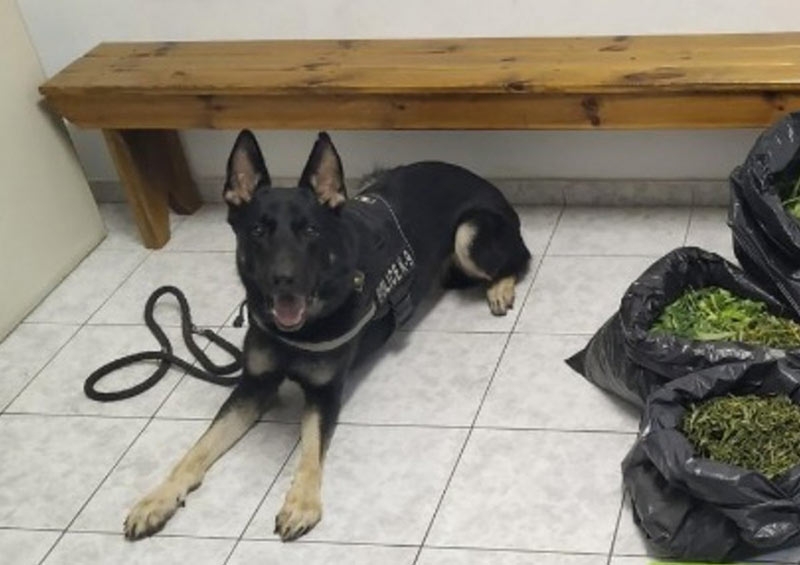 A large amount of raw hydroponic cannabis was seized yesterday morning (31/10) in the area of ​​Thesprotia by police from the Anti-Drug Department of the Igoumenitsa Security Directorate.

One person was arrested for participating in this case, and his accomplice was identified, against whom a criminal case was initiated for violating drug laws.

Yesterday (31-10-2022) after midnight, patrol officers of the Paramythia Police Department found a parked private car with foreign plates, in which the body of a 56-year-old resident of Messolonga was in the driver’s seat.

Investigative actions were carried out on the spot, and at the moment no crime has been revealed, and the body has been submitted for an autopsy – an autopsy, the results of which are expected. The continuation of the case turned out to be quite interesting, as it was found that the truck was transporting goods from Albania to the Attica metropolitan region.

While inspecting the truck with the help of police dog “Lussy”, three paper boxes were found hidden among the goods, containing a total of 54 sealed bags of raw hydroponic cannabis (skunk), with a total weight of 58 kilograms and 906 grams.

The police assessed the materials, and as a result of the investigation, suspicious movements of people were identified. In particular, two or three cars were parked near the truck, and the owners of these cars tried to open the tarp and extract the drugs from inside. It is concluded that either people were following the truck, or they started looking for it when they found that it was delayed on the route.

During the police investigation, it turned out that after finding the truck, the arrested man, along with his partner and two unknown accomplices, attempted to break open the truck’s upholstery with the express purpose of obtaining drugs.