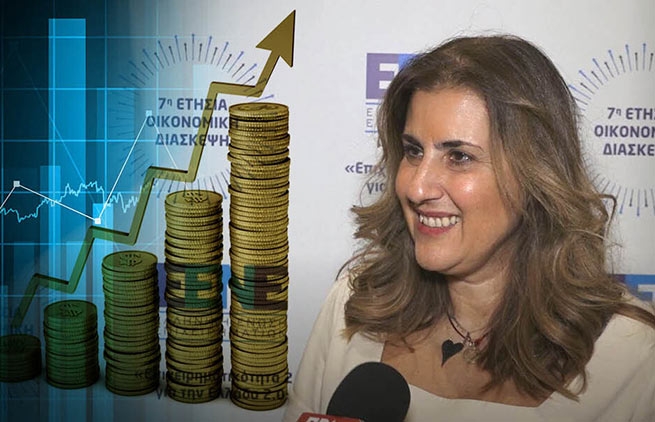 A continuation of the corruption scandals associated with the Mitsotakis government was the data published by the opposition regarding the adviser to the prime minister, Rebecca Pitsiki.

The opposition party SYRIZA received data that not only did Ms. Pitsika’s company receive direct commissions, totaling more than 400,000 euros, from EL.TA., ERT and ADMIE, but also increased its profits tenfold under the Mitsotakis government! However, according to Mario Katsis, head of digital policy at SYRIZA, the problem is “much deeper than it seems.”

In the words of MP Mario Katsis: “Ms Pitsika is surprised to tell us in a critical tone that her company “People for Business” has been operating since 2007, “has many important awards and prizes, and the total turnover over the past three years exceeds 5,500,000 euros.” It is noted: “We have participated several times – and over the past three years – as a company in to public works – some we won, some we lost.”

Based on the data provided by the MP, “Mrs. Pitsika herself admits that she has pocketed 5,500,000 euros over the past three years, which coincidentally coincides with the period of the party’s rule, in which she maintains a register of leaders.” Therefore, Katsis asks: “Can Mrs. Pitsika or someone from the government tell us how it happened that in one year “People for Business“increased its after-tax profit tenfold, according to the published balance sheet?”.

“It looks like they got their money from ministries and state-owned companies,” comments M. Katzis contemptuously, urging her to reveal “the average profit of the company from 2007, when it was created, until 2019, when it became known about the ND of its partner, Mr. on Mitsotakis” so that a comparison can be made.

Recall that Rebecca Pitsika was appointed by the Minister of State, Mr. Gerapetritis, to the working group to develop and submit recommendations, proposals and studies to facilitate the work of the Special Secretariat for the preparation of the Greece 2050 report, and by decision of N. Dendias, a member of the Board of Directors of the Agency for export credit insurance.

In her statement, she denounced SYRIZA for defamation, replying: “Of the projects in the broader public sector, 80% were implemented through competitive bidding procedures, while only 20% were direct contracts, due to the small size of the projects.”

Therefore, it is normal for a government official to do “business” with taxpayers’ money in any amount …