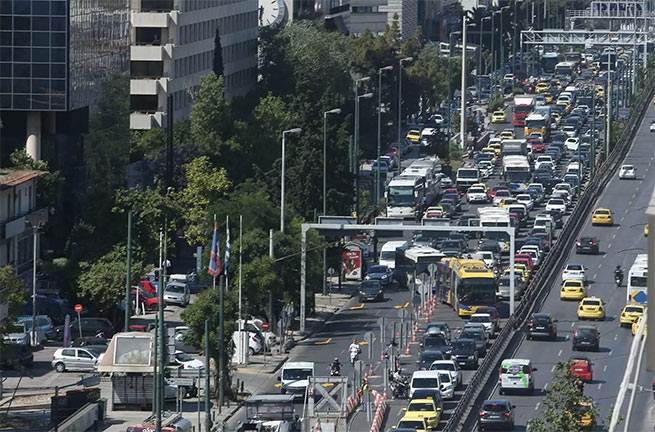 A luxury hotel investment rush is sweeping through Athens, and Syngrou Avenue is becoming a showcase for the capital’s new tourist landscape as many brands in the global hotel market have voted “confidence” in the area. Among them are Grand Hyatt, Intercontinental, Ledra Marriott and others.

A few days ago it became known about a new project that received the “green light” for the creation of a 5-star hotel on Syngrou Avenue in the Kallithea area. The building, owned by Nova Construction, is located on the side street of Singru Avenue at number 234. According to the building permit, it will have 6 floors, and there will be a swimming pool on the roof of the hotel.

Odeon will be the largest Grand Hyatt in Europe. Meanwhile, there is ongoing investment to convert the former Odeon cinema complex in Syngra into a 5-star hotel that will be much talked about as it is the largest Grand Hyatt under construction in Europe. The building was purchased by the American investment company Hines for 20.5 million euros. It is located next to the Grand Hyatt Athens, with which both buildings are planned to be merged, creating the second largest hotel in Athens after the Intercontinental, which is also located nearby on Syngrou Avenue. The Intercontinental has 563 rooms, and the new hotel, which will be the result of the merger of the Grand Hayatt and Odeon, will have 538 rooms.

As the company announced, the ambitious Grand Hyatt Athens expansion and renovation project will be completed in 2023, it will become the largest hotel owned by the famous chain in Europe. Today, the second largest is the former Chandris Hotel at the end of Syngrou Avenue, which since 2018, after the completion of a radical renovation, has been operating as the Athens Marriott.

In 2022, the competent department of the Ministry of Development and Investment approved an investment plan for the construction of a new 4-star hotel with 77 rooms. The investment vehicle, Vasilakis Christos-Antonis with the distinctive name Kelesi-Quick Laundry, is linked to the well-known Athenaum hotel chain, which already has two 4-star hotels on Syngrou Avenue: the Athenaeum Grand Hotel and the Athenaeum Smart Hotel. The amount of these investments is 3.64 million euros.

On the avenue that connects Athens with the coastal part of the capital, there are many other hotels and inns, most of which are new or renovated. The peculiarity of this avenue is its exceptionally high transport accessibility to any district of the city, incl. historical center and sea coast.

It should be noted that, according to the latest available data, Attica hotels increased in absolute number of units from 675 in 2019 to 689 in 2020, and almost all additions were in the top two categories – 5 and 4 stars. And the trend continues to this day.