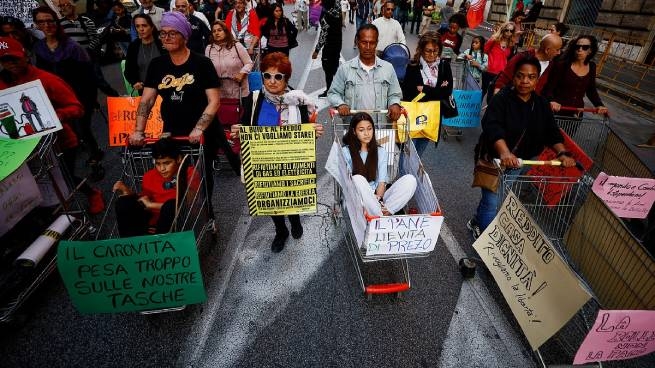 The fact that the West was “caught by surprise” by high inflation, many experts consider the IMF and the US Federal Reserve to be guilty – they made a mistake in their forecasts.

According to the British magazine The Economist, inflation came as a surprise to many states, and the Federal Reserve System was impartially called “sat down in a puddle.” After all, it was she who made an erroneous forecast, claiming at the end of 2020 that over the next two years the cost of goods and services will increase by less than 2%.

A year later, in 2021, the Fed announced that inflation would reach 2.6% in 2022, despite the fact that even then this figure was more than 5% per year. The International Monetary Fund also underestimated the rate of inflation and issued an erroneous forecast with a significant underestimation of the level and rate of inflation.

Thus, the countries were simply not ready to meet such inflation, and one of the reasons for this, the magazine calls a significant increase in wages. As a rule, their increase is influenced by several factors – labor productivity, the absence or presence of stagnation in the labor market, inflationary expectations. The Economist notes:

“Declining real wages could act as a brake on spending and inflation.”

Why, then, has inflation been so persistent? In a sense, the answer is trivial: it remained high because spending remained high and monetary policy was too loose. But this is not a satisfactory answer. Policies were not tightened because central banks did not see it as necessary (see misrepresentation). And since inflation persisted, the policy adjusted. Back in December 2020, the Fed believed its interest rate would remain close to zero in 2023. Now he expects it to rise to at least 4.6%. It is more difficult to understand why inflation has repeatedly failed to meet forecasts.

Inflationary expectations had a negative impact on the economic situation. Citizens’ visions of the future determine consumption and wage demands. If recent experience influences the formation of such attitudes, then this contributes to the explanation of persistent inflation.