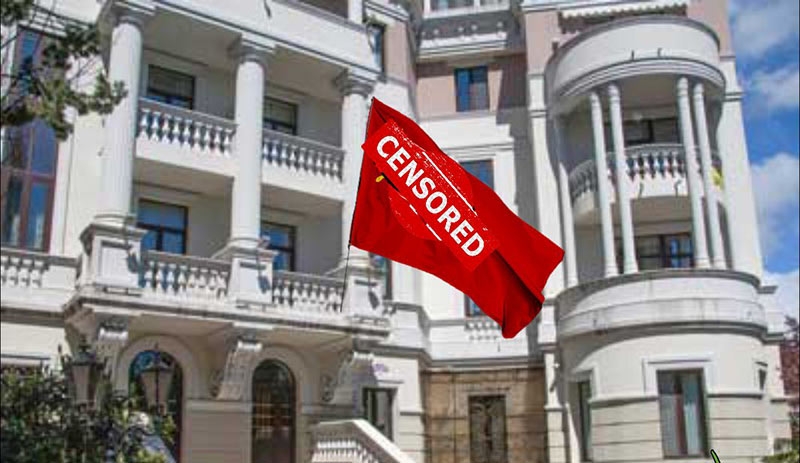 On October 18, deputies of the “State Council of Crimea” adopted a law on the possibility of recognizing the property of unfriendly foreign states and their citizens as the property of the republic.

The changes relate to land plots and other objects of movable and immovable property located on the territory of Crimea and owned as of February 24, 2022:

? foreign persons associated with said foreign states and their beneficiaries;

So it is planned to nationalize the apartment of the President of Ukraine, when they prove that the property belongs to him.

“If it is proven, then definitely. The apartment will become the property of the republic,” said “chairman of the State Council of the Republic of Kazakhstan” Vladimir Konstantinov.

We are talking about real estate, which is located in Livadia. In 2021, the “head of Crimea” Sergei Aksyonov announced his intention to file a lawsuit against Vladimir Zelensky because of the debt to pay utility bills.

And here is the “KPRF faction” in the so-called. The Crimean State Council voted … against the nationalization of property belonging to unfriendly foreign states. True, when the law was adopted anyway, the “deputies” tried to correct the results of the vote and even wrote a corresponding statement stating that a technical error had occurred. But still no one believed them.