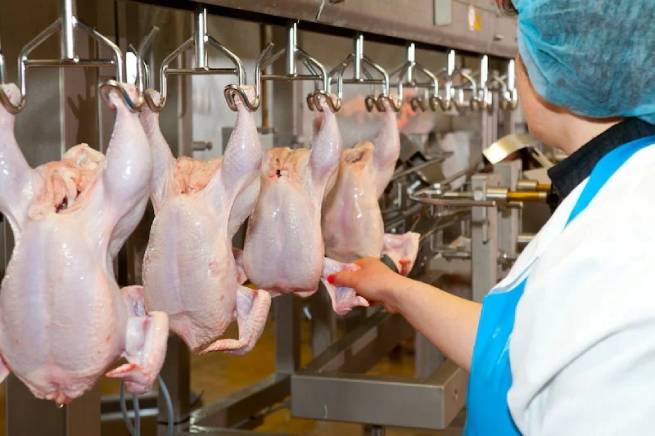 Today, poultry meat is one of the most accessible and regularly consumed products for the inhabitants of Greece. Every housewife knows many recipes based on chicken or turkey. We are told that poultry meat is a dietary product. Broths and steam cutlets are recommended by gastroenterologists.

We cook, steam and do not even suspect that healthy, at first glance, meat products can be deadly to our health. The thing is that consumers most often buy and cook chickens, industrially grown in poultry farms. It is these birds that are major source of disease risk.

First, broiler chickens are loaded with antibiotics. Chicken producers are known to introduce large amounts of tetracycline and penicillin, which then enter the human body. This leads to the emergence of bacteria that are immune to such drugs. For example, bacteria that cause inflammation of the lungs multiply perfectly in the body, and the same penicillin no longer acts on them. Antibiotics have a detrimental effect on the intestinal microflora, which provokes numerous intestinal disorders and other digestive problems. And we are not yet talking about an allergic reaction to antibiotics.

Secondly, speaking of poultry farms, we note that an unacceptable number of birds are placed in one cage, as a result of which they are smeared in their own feces from head to toe. Some kind of “concentration camp” for the unfortunate bird. When chickens are slaughtered and the carcasses are butchered, the droppings, albeit in small quantities, inevitably end up on the meat of the chickens. For this reason industrial chicken is disinfected with chlorine and other poisonous gases. 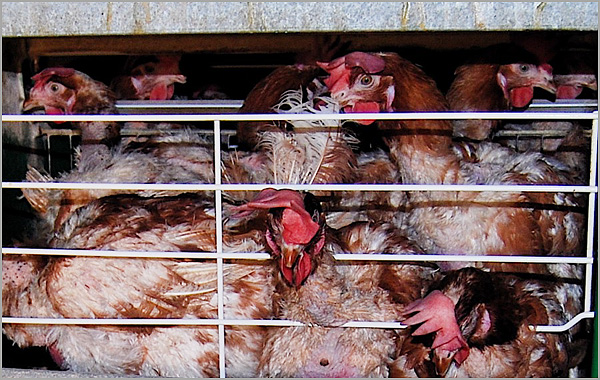 Thirdly, chickens are usually given feed, corn, etc., genetically modified (GMO). It’s hard to believe, but in many countries chickens are fed … their own “relatives”, chicken offal or even chicken droppings. What ends up in our stomach.

Fourth, chickens are raised at an accelerated pace. In two weeks, an adult grows from a chick. This not normal. And the practice (except for feeding birds on growth hormones) is as follows. The “rhythm of life” of a laying hen is her reaction to light and its absence (as happens under normal conditions). In factories, the rhythm of life (for the sake of increasing production and making super profits) suits chickens for several days in one day. That is, turn on and off the light after 4 hours. The meaning is that the chicken sees the light, wakes up and eats. Then the light is turned off, and the chicken goes to sleep, thinking that “the day has passed.” After a while, the light automatically turns on again, and the bird again, following reflexes, “understands” that a new day has begun and is taken to food … It is clear that such methods do not improve the quality of the final product that ends up on our table in the end.

Although those who rarely eat chicken, in principle, should not worry. A serving of chicken from the store, consumed from time to time, will not harm the body. Another thing is if a person is recommended a protein diet, and he chose chicken as the main food of his diet. In this case, as it should already become clear from all of the above, it is better to refuse chicken from the store.