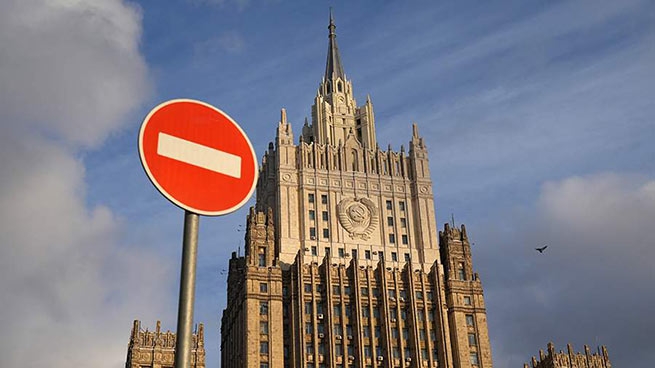 The Russian Foreign Ministry made a statement about the suspension of the “Black Sea Initiative” program, which has been operating so far, to export Ukrainian food.

“On October 29, the Ukrainian armed forces, under the cover of a humanitarian corridor,” the Russian Foreign Ministry said in a statement published on official tg. ministry channel, – created as part of the implementation of the “Black Sea Initiative” for the export of Ukrainian agricultural products, launched massive air and sea strikes using unmanned aerial vehicles against ships and infrastructure of the Russian Black Sea Fleet at the naval base in Sevastopol. In connection with the actions of the Ukrainian armed forces, led by British specialists, directed, among other things, against Russian ships that ensure the functioning of the specified humanitarian corridor (which cannot be qualified otherwise than as a terrorist attack), the Russian side cannot guarantee the safety of civilian dry cargo ships participating in the “Black Sea Initiative “, and suspends its implementation from today for an indefinite period.”

As we reported earlier, Ukraine, with the support of Italy (an American drone flew from the Sigonella base in Italy) and the United States, launched a massive attack on the Black Sea Fleet base in Sevastopol. The Ministry of Defense of Ukraine reported 4 damaged ships, Russia confirmed the damage to 1 ship.

A big diplomatic setback – Moscow says it’s suspended the grain deal – which allowed Ukraine to export through the Black Sea.

It blames Kyiv & “British specialists” for the Sevastopol attack.

(🇬🇧 says the claim is false)

The risk of a global food crisis re-emerges.

Moscow says it has suspended a grain deal that allowed Ukraine to export across the Black Sea. Kyiv and “British specialists” are blamed for the attack in Sevastopol (Britain says the claim is false). The risk of a global food crisis is emerging again.

We have warned of Russia’s plans to ruin the Black Sea Grain Initiative. Now Moscow uses a false pretext to block the grain corridor which ensures food security for millions of people. I call on all states to demand Russia to stop hunger its games and recommit to its obligations.

Ukrainian Foreign Minister Dmytro Kuleba tweeted: “Moscow is blocking the grain corridor under a far-fetched pretext.” In addition, Kuleba demanded that “all countries demand from Russia” a return to obligations under the deal … In turn, the press secretary of the Ukrainian leader said that Kyiv was waiting for the reaction of the UN and Turkey, as they signed an agreement on a “product deal”.

Recall that on July 22, 2022, two documents were signed in Istanbul as part of the “grain deal”. The first of them obliges the UN to remove restrictions on the export of Russian agricultural products and fertilizers to world markets. The second defines the procedure for the export of Ukrainian agricultural products from ports controlled by Ukraine. At the same time, Moscow pointed out that in terms of exports from Russia, the deal is not yet working.

On Saturday, October 29 at 4:20 am, the Ukrainian army attacked ships of the Black Sea Fleet and civilian ships in the waters of the Sevastopol Bay. The Russian Ministry of Defense called the attack a terrorist attack.