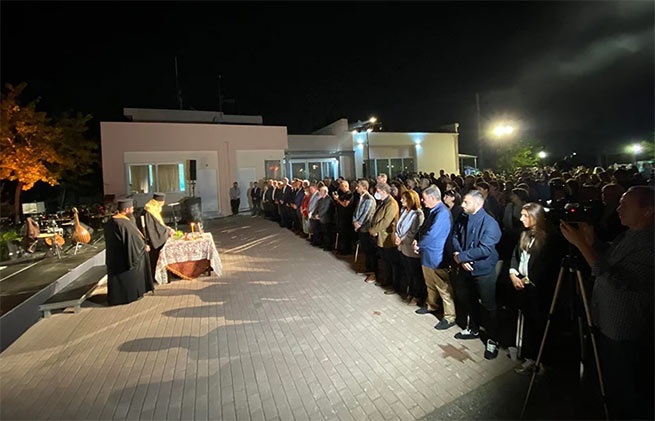 Τη κεμεντζές -ι- μ’ το τοξάρ’ πάει κι έρται κι ερωτά σε τα νύχτας τη χειμωνγκωνί μανάχον πώς κοιμάσαι. (She comes and goes and asks
winter morning, how do you sleep). With this fragment from the drinking tune, the curtain rose on the official opening ceremony of the impressive 7-meter Pontic lyre that adorns the municipality of Aspropyrgos in the courtyard of the Pontic Municipal Theatre.

The consecration by the Metropolitan of Attica and Boeotia of the GOC Chrysostomos, performed a few minutes earlier, gave impetus to what was to follow, according to pontosnews.gr.

The construction of the monument was completed in 2020, but due to the pandemic and mandatory protection measures that required the restriction of mass events, the ceremony took place only last Monday, October 24th.

This is the “pearl for all Pontic Hellenism” of those who, on their own initiative, contributed to its creation. 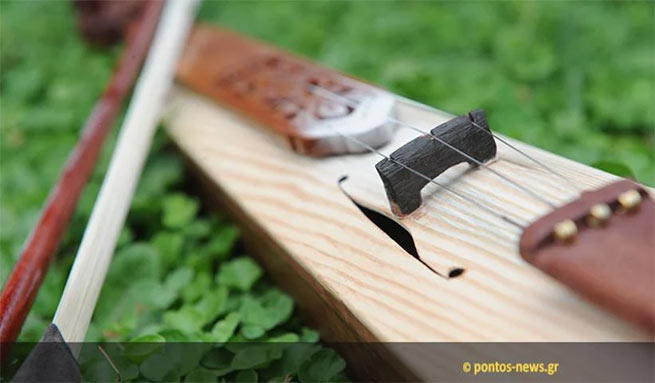 But back to the impressive ceremony conceived by the former Akrita choreographer Vassilis Karyofillidis. Central thought – what else? – history of the lyre. About the lyre in general, which begins from ancient times and reaches our days, whether it is Pontic or Cretan, civil, Thracian.

While the dawli plays to the tic rhythm, 15 players they come out of the crowd on lyres and slowly take their places around the monument, and all together play a loud teak, heralding a great moment.

A few seconds of silence, and the sky of Aspropyrgos is lit up with fireworks, a majestic 7-meter lyre opens before our eyes.

“What you have just witnessed is the history of the Pontic lyre from antiquity to the present day, from its creation to its eternal life,” says Pelagia Zulfa, host of the event, before describing how the idea for the monument came about. .

It all started with the initiative of the mayor of Aspropyrgos, Nikos Meletios, who, in consultation with the president of the Pontic Theater, Dimitris Efstatiadis, and with the full support of the municipal councilors, wanted to create something that would unite not only the Pontians, but also all the inhabitants of the municipality: Pontic lyre. Because from the native Arvanites to the Epirotes, Cretans, Peloponnesians and all Greeks in general, all these different Greek cultures met many times to unite, embrace, celebrate to the sound of this instrument.

The Lira monument is one of the largest in the world. With a base, it reaches seven meters, and the lyre itself is 5.20 m. In addition to Kerasunta and Trebizond, there is a similar or similar one in Northern Greece in Alonakia and Pendravrisso in Kozani, Rizo in Pella and Pefka in Alexandroupolis. It is made of iron and was sculpted by Dimitris Semertzidis of Skidra in Pella. 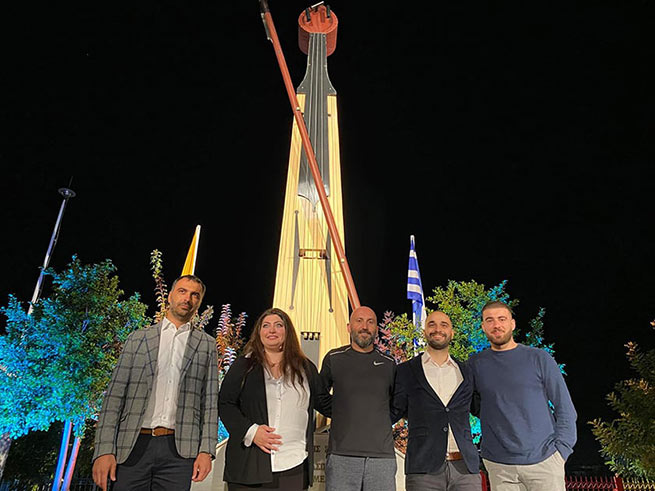 Participants of the ceremony in front of the monument

In the artistic part of the event, with the “1919” orchestra, the journey began with the oldest example of ancient Greek music – the “Epitaph of Seikilos”. The song dates from the period after 200 BC. and was found on a cylindrical gravestone 40 cm high:

Further, the orchestra undertook to emphasize the connection of the Pontians with religion, recalling that one of the most beloved saints in Pontus was Ae-Yannes, with his eponymous monastery in Matsuka, Pontus: “My Vaselon Ae-Yannis, the famous manastir …”.

And the journey continued to the Byzantine Empire – an empire that glorified our faith, the patroness of which was the Virgin Mary. Trembling with excitement, we all sang “Τη Υπερμάχω”.

And of course, it was impossible not to mention the empire of the Komnenos, as well as the Akrites (“Akritas ones emnen”), the guardians who defended Hellenism from barbarian invaders. Thus, from the Byzantine Akritas, we came to the last Akritus of Pontus, Anastasios Papadopoulos – Kotsas Anastas from the village of Edik Pinar in Erpaa. The musical review of history has reached the dark years of genocide and guerrilla warfare.

And the orchestra sent us on a journey to Asia Minor, performing a well-known traditional song from the shores of the western part of Asia Minor: “I told you this and I will say it again” (“Σ’ το ‘πα και σ’ το ξαναλέω”)upon hearing which, no one could refrain from singing along.

To complete the artistic program, the organizers prepared an “Orchestral Journey Around the World”. A reference to the universality of the lyre, since “we find it among several peoples”. Greeks, Turks, Armenians, Chinese… It is an integral part of everyone’s daily life, an instrument with rich musical possibilities”, as the storyteller Pelagia Zulfa said. 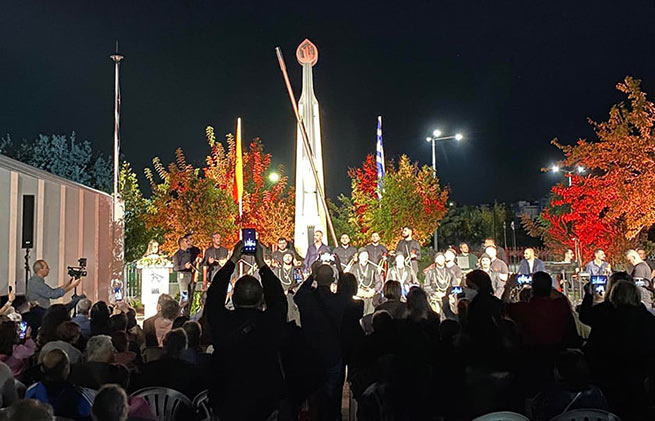 The event honored the lyric poets born and raised in Aspropyrgos, and honorary diplomas were presented to the Metropolitan of Attica and Boeotia Goch Chrysostomos, the president of the Pontic Municipal Theater Dimitris Efstatiadis, friends and sponsors of the monument, the initiator of the ceremony Vassilis Karyofillidis, as well as representatives of PΟΕ and associations “Akrita Pontos” (“Ακρίτες του Πόντου”) Aspropyrgos and “Panagia Sumela”(“Παναγία Σουμελά”) Ano Fusa. 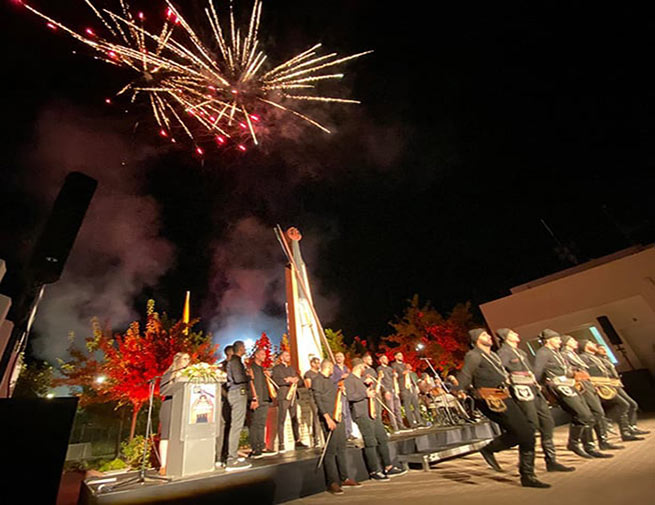 At the end of the evening the lyricists played and sang “‘Πάρθεν”and – as we all expected – in front of the lyre, the fireworks danced Σέρραand fireworks lit up the sky again.