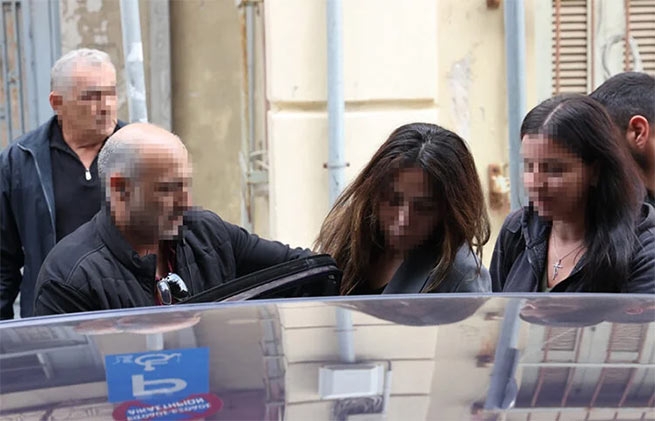 A 38-year-old woman who splashed a caustic liquid on her ex-husband in the early morning of Saturday October 22 in a hotel in Heraklion, Crete, was placed behind bars with the unanimous opinion of the investigator and the prosecutor.

The woman, according to her lawyers, claimed that her ex-husband had abused her, and that night she was also subjected to abusive behavior. She also said that she was scared and therefore did not immediately surrender to the authorities. Her lawyers, Apostolos Lytras and Manolis Draconakis, stressed in their statements that their client, in her testimony, denied allegations that another woman was involved in the case, noting that after being attacked with a caustic liquid that she said was a cleaning agent, she left the hotel on foot and then took a taxi.

“In her testimony to the investigator, she said that she feared for her life and received threats,” Ap said. Litras.

As we reported earlier, on October 22, 36 year old victim was taken to the emergency room of the hospital in a private car while the police were looking for his wife. According to preliminary information, a quarrel arose between the spouses, after which the woman splashed caustic liquid on her ex-husband’s face. The man tried to lean away, but still received burns.

The victim was not intubated, but he was admitted to the intensive care unit for prophylactic purposes. He is currently under the supervision of doctors who will decide whether he needs to be transferred to a special burn unit in Athens. His ex-wife is the mother of 4 children, while the man is her second husband.

The victim is known to the investigating authorities. According to ERT, he is responsible for a number of robberies, including a bloody attempted robbery in Creta Maris in 2015, when there was a shootout between the robbers who opened fire while trying to escape, and the police. It is noteworthy that according to notFor obvious reasons, he was never arrested.