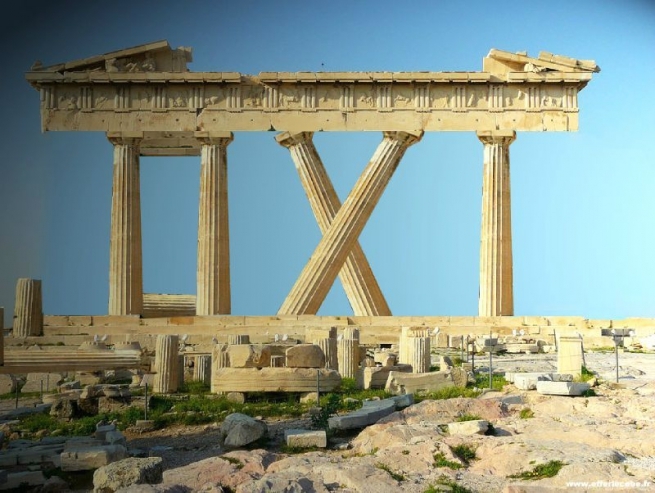 Every year on October 28, Greece celebrates Ohi Day in honor of the memorable events of 1940. On the day of the national holiday, solemn events, processions of students and a military parade are held.

“Ohi” is “no” in Greek. This is exactly how, succinctly, the answer of the Greek Prime Minister sounded on the night of October 27-28, 1940 in response to the proposal of the Italian ambassador to Greece. He appeared in the office of Ioannis Metaxas with a message from Mussolini, in which the Italian dictator suggested that Greece forget about national positions and surrender without any conditions. To the laconic “ooh” answer, the Greek prime minister added an equally brief statement: this method of address is regarded as a declaration of war on Greece by Italy.

Already at 6 am the next day, the occupation of Greek territories, sanctioned by the Italian Parliament, began, marking the entry of Greece into World War II. On October 28, Italian troops invaded Greece from Albania. From all over the country, patriotic defenders of their country arrived on the front line. The Greek army occupied the dominant heights and repulsed the onslaught of the enemy, and on November 14 launched a counteroffensive.

For five long months, the Greek army resisted the enemy’s forces that were many times superior to it. She was able to prove to the whole world that the main component of victory is not weapons, the size of the army or technical superiority, but the spirit of the people, love for the motherland, freedom, independence. The Greek army managed to push the Italians back into the Adriatic Sea. In October 1944, German troops were withdrawn from Greece and the British entered the country. Details about that difficult historical period for Greece in the article When is brevity the sister of military talent? Ohh Day.

Throughout the war, both in Greece and in Greek communities in various countries around the world, Ohi Day was celebrated annually on October 28. When peace came, this date became an official public holiday on the calendar. On this day there are numerous solemn eventsand public buildings and balconies of citizens are decorated with national flags.