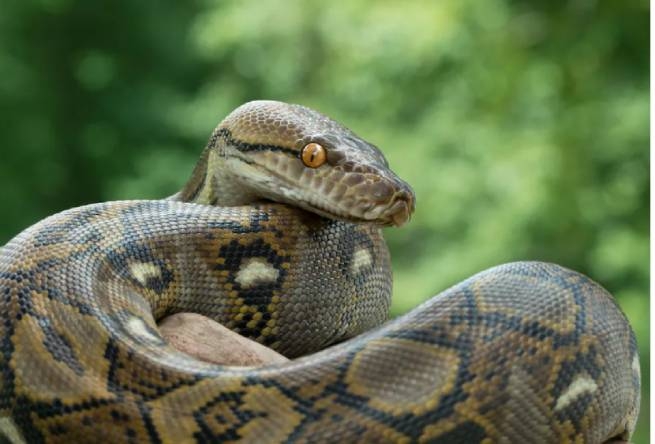 In Indonesia, a husband sounded the alarm when his wife did not return from work. The search party found a “bloated” python. After cutting open the belly of the reptile, rescuers saw the uninjured body of the unfortunate 54-year-old woman.

According to The Washington Post, a resident of the village of Betara in the Indonesian province of Jambi, located on the island of Sumatra, went to work on a rubber plantation in the morning. When Jahra did not return, the husband went in search and found his wife’s belongings – a headdress, sandals, a jacket. After that, the search group took over the case. During the search, a huge bloated snake was discovered. The police report says:

“During the search, the team discovered a giant python, 7 meters long, which we suspect was preying on the victim. The body of the victim was not destroyed when we found her inside the snake, which means that she was swallowed whole very recently.”

Nathan Rusli, director of the Indonesian Herpetofauna Foundation and snake specialist, said it was most likely a reticulated python. This species of reptile is the only one found in Jambi Province and is large enough to eat an adult human. Non-venomous pythons generally prefer not to attack humans, instead feeding on small animals that are protected with a non-venomous bite before the prey suffocates from being squeezed. But sometimes, unfortunately, people become their prey. Rusli explains:

“They are constrictors, so they wrap their body around their prey. They give the “embrace of death”. You exhale, your body becomes smaller, the snake tightens its grip, and you cannot inhale. The upper and lower jaws of snakes are connected by ligaments, they are quite flexible. They can swallow prey larger than their head.”

Attacks like this one are relatively rare, occurring about once a year. Joko Iskandar, Indonesian snake expert and professor at the Bandung Institute of Technology, says:

“Most of the incidents are when farmers work on rubber and cocoa plantations in Sumatra and Sulawesi, most often at night.”

He argues that only very long reptiles are able to successfully prey on adult humans.

Do you know what it’s like to be in the stomach of a large snake, for example, an anaconda?