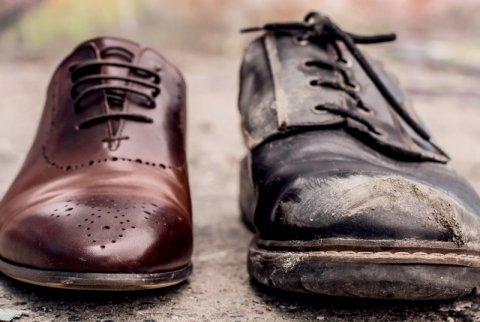 Greece is at the top of the forecasts for the risk of poverty among member countries EU. 80% of the income of poor households goes to rent and food.

In general, the level of poverty risk in the EU remained stable in 2021, but the situation varied from country to country. Compared to pre-pandemic levels in 2019, the numbers show five countries recorded increase in poverty in the period 2019-2021, with four countries in the worst situation. These are Greece, Croatia, Latvia and the Netherlands, the countries that have the biggest problems.

In 11 Member States, poverty levels have remained stable (neither worsened nor improved), while the remaining 7 are estimated to have fallen (Bulgaria, Finland, Cyprus, Germany, Lithuania, Romania and Sweden.

The average disposable household income in the EU increased by 3.6% compared to 2020. Employment income is estimated to have increased significantly and is now slightly below pre-pandemic levels.

The COVID-19 pandemic has led to a significant decline in the economic activity of the population, including the temporary closure of some business sectors. This has led to an unprecedented increase in the number of workers temporarily suspended from work (or workers on a reduced schedule). Many at all lost their jobs and, consequently, their income. The losses were offset by temporary support programs from governments, but it was estimated that this was not enough.

An assessment of government actions to support the population in 2021 shows a positive trend. The authorities provided financial assistance to citizens in the form of allowances, subsidies and benefits. Support programs are still ongoing in many EU member states. The final figures and detailed analysis of the European Union income and living conditions (EU-SILC) statistics collected in 2022 will be published in June 2023.

ΕΛΣΤΑΤA: 17% of the population is on the verge of poverty. To confirm the above, data from the Greek Statistical Service are given as an example. Data released in September this year after a survey conducted on a sample of 6,053 private households across the country shows that 80% of the income of poor households “goes” to rent and food.

The share of average spending on food, non-alcoholic beverages and housing by households of the poorest 20% of the population is 58.1% of expenditures, while the corresponding share of the richest 20% is 36.3%. The highest average annual spending was recorded in the Attica region at €19,687.92 and the lowest in the Central Greece region at €12,236.64.

And as prices for goods and services rise, the middle class and vulnerable households have cut spending sharply. Moreover, there is some obvious paradox. Against the backdrop of the fact that the media are broadcasting about the impoverishment of the masses, the refusal of citizens to use cars (due to the high cost of gasoline) and the lack of opportunities for vacations, the streets are clogged with vehicles, and in order to spend weekends and holidays outside the city, you need to book tourist accommodation in advance.

Experts answer this tricky question. Alas, only 20% of the Greek population can freely afford all this – luxury holidays and so on. They are like before the crisis, during the crisis and the pandemic, as well as currently “live happily ever after”, not counting the money.