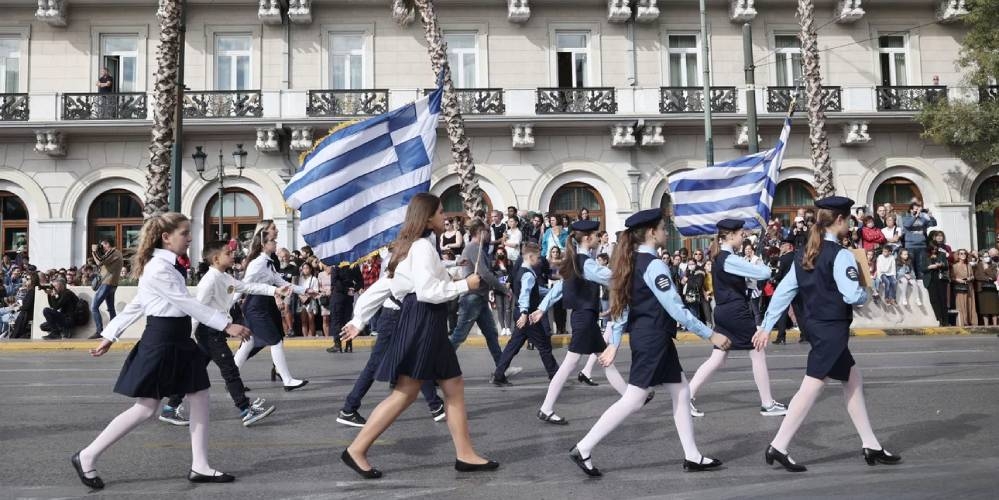 A large number of people gathered today, October 28, in the center of Athens to admire the annual student parade.

The solemn procession began to the sounds of the Philharmonic Orchestra of the Municipality of Athens. All 235 schools in Athens A (134 elementary, 50 secondary and 51 general and special education institutions) participated in the parade, each school led by its own flag bearer. The parade was also attended by representatives of the political and state leadership of the country, including the Minister of Education and Religious Affairs Niki Kerameos, the regional governor of Attica Giorgos Patoulis and the mayor of Athens Kostas Bakoyannis.

The streets in the center of Athens are gradually reopening to traffic.

The start of the parade was preceded by the laying of wreaths at the monument to the Unknown Soldier by local political, military and state leadership, as well as the performance of the national anthem.