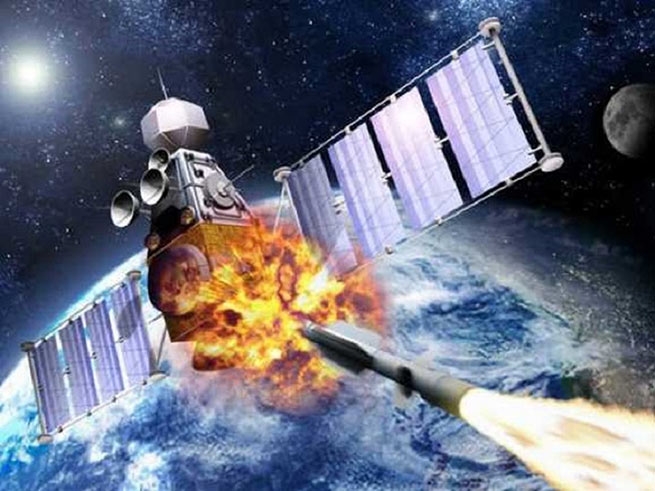 “Any attack on US space infrastructure will be answered”: The White House warned Russia about it after a senior Russian Foreign Ministry official said that Western commercial satellites could become “legitimate targets” of Russia if they were involved in the war in Ukraine.

Earlier, Russian Foreign Ministry spokesman Konstantin Vorontsov said that Russia could consider Western commercial satellites as their legitimate targetsif they are used to help Ukraine in the war. His statement leads the Russian TASS.

Vorontsov is Deputy Director of the Department for Non-Proliferation and Arms Control of the Russian Foreign Ministry, his statement was made at a meeting of the first committee of the UN General Assembly. He called a “dangerous trend” the use by the United States and other Western countries of “components of civil infrastructure in space, including commercial ones, in armed conflicts, which was especially evident during the events in Ukraine.” “Quasi-civilian infrastructure can become a legitimate target for a retaliatory strike. Due to the actions of the West, there are unjustified risks for peaceful activities in space and numerous socio-economic processes on earth, on which the well-being of people, primarily in developing countries, depends,” Vorontsov said.

As you know, the Starlink satellite communication system from SpaceX plays an extremely important role for Ukraine. US National Security Council strategic communications coordinator John Kirby said on Thursday that US forces will respond if any US infrastructure, including satellites, is attacked. Reuters. Kirby did not specify what the US response would be, but added that Russia, according to publicly available information, has anti-satellite technology. In response, Russian state television reported that “if the United States had been the first to launch a nuclear strike on Russia, a new sea strait would have appeared instead of the United States.

“Russia’s nuclear power is four times that of the US and its allies, relative to the size of each country and the targets to attack. The same can be said for the UK: it will sink into the Atlantic Ocean. This should make them think rationally and clear their minds. This is not nuclear blackmail. This is what we will actually do if we are attacked.”

Recall that in November 2021 Russia tested anti-satellite weapons in space, creating a threat to the ISS by debris. Similar tests were carried out China and USA.