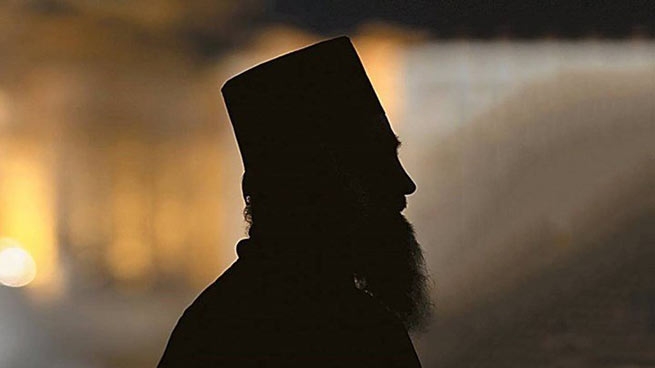 The mysterious death of a high-ranking clergyman of the Church of Greece in his home in the center of Athens causes bewilderment among the Greek police, who are studying the circumstances and do not rule out the possibility of murder.

Archimandrite Chrysostomos Levoyannis, 52, was found at his home in America Square in the Kypseli area of ​​the Greek capital by a cleaner on Wednesday afternoon. She had the keys to her apartment and when she found the body she called the police, according to the church news site. ekklisiaonline. According to media reports, the clergyman hung on a belt. An unusual scenario, since the Greek Orthodox Church does not allow suicide, especially those who are officially entrusted with its representation. The Hellenic Police Homicide Unit is handling the case, as the body was found on the bedroom floor and was bruised.

According to Skai TV, the priest was found hanged in his apartment with bruises and blood on his body. These indications prompted the authorities to investigate the possibility that it was a criminal act and not a suicide. However, there are no signs of encroachment on the dwelling of the archimandrite, who worked in the church of St. Panteleimon in Chalandri.

According to media reports, his mother and brother, who live in Argos in the Peloponnese, about 120 km away, reject the option of suicide. “My son would never do that,” his mother said Alpha TV on Thursday. The mother and brother of the deceased told the media and the police that they had not spoken to him on the phone for two days and they were worried. They called the cleaner’s son to check on their beloved son and brother. “We called her son because he helped him, he was like his right hand,” said the brother of the archimandrite.

According to daily ethnospolice authorities are looking into all possibilities and are continuing their investigation to find out “whether someone had a motive for killing the 52-year-old man or someone may have had a conflict with him.”

The parishioners speak of the clergyman as “a good man who helped everyone” and are shocked by his death. His colleagues at the Alzheimer’s Charitable Center in the Archdiocese of Athens describe him as “a very sensitive person.”

An autopsy is expected to shed light on the priest’s mysterious death.