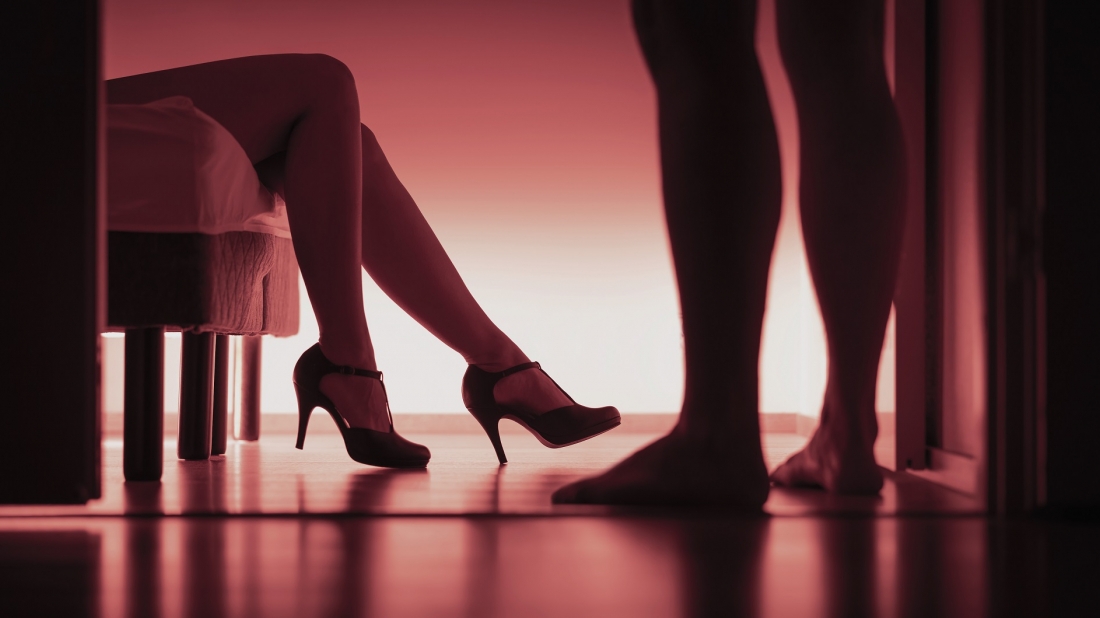 Pimps for almost 3 years made life hell not only for a 26-year-old young woman, but also for other unfortunate women from Eastern Europe, who were involved in prostitution while taking all the money for themselves.

Released excerpts from a statement by a woman released from a pimping network last Friday by officials from the Office for Combating Organized Crime and Human Trafficking, as well as Interpol, detail the horrors experienced by Moldovan girls and shock them.

For about three years, a woman named Daniela and her partner, whom the “panel” calls “Tagged” and “Tony Montana”, turned the lives of many young girls into a nightmare, even during a period of self-isolation, when even brothels were closed.

“When we worked during the quarantine period, he made me take clients in three shifts in a row, i.e. make appointments for about 100 clients.” With these words, in a state of shock, Renata from Moldova described to the police the Golgotha ​​that she passed every day in the midst of quarantine, falling into the clutches of a pimp, according to the Eleftheros Tipos newspaper.

For almost 3 years, the sadist took care of turning into hell the life of not only the girl, but also other unfortunate women from Eastern Europe, whom they exploited, keeping all their money for themselves.

“I was under a lot of pressure to pay Daniela’s debt for tickets (purchased for a trip to Greece). I was forced to work even when I had “women’s days,” Renata tells the police, describing the dramatic conditions in which she worked.

A pair of pimps convinced the woman that she would be handed over to the police if she disobeyed. Meanwhile, a frightened Moldavian woman was in dire need of money to care for a child who remained at home. “Because I was deported, I could not enter Greece until 2023. But Daniela found a solution. He told me that I would go to Albania by plane and from there Eri, an Albanian, would smuggle me on foot to Greece,” a woman from Moldova describes in her testimony. This particular trip “turned into” a debt of 3,000 euros. trapped in the hands of pimps who forced her to “work for free” to pay off her debt.

“For about three months, despite my regular dates, Daniela and Montana took all my dating money and gave me 10 euros a day for food and cigarettes. At that time, I could have 100 men, but the money I received at the end of the “working day” was always 10 euros.”

The “protagonists” in her nightmare were a 29-year-old compatriot and her 32-year-old partner from Albania. Daniela was in charge of “recruiting” vulnerable (financially stranded) women from Eastern European countries, while her boyfriend was a “transporter of live goods” and also took care of the security of brothels. The unscrupulous couple sucked out of the frightened women who were caught in their cleverly placed nets, every last euro. It is characteristic that their illegal activities were not limited even during the quarantine period, since all 6 brothels located on Iasonos and M. Alexandru streets worked as usual.

“The quarantine started because of the coronavirus and the brothels had to be closed. Both I and other girls were afraid to work, but Daniela and Montana called us, scolded us and forced us to work secretly,” says Renata. From March 2020 to November, despite the restrictions due to covid, the girl and other victims of sexual exploitation had dozens of meetings with clients every day until the police “covered” them.

In fact, Montana went so far as to threaten the unfortunate women who worked in illegal brothels to enter into relationships even during “critical days.”