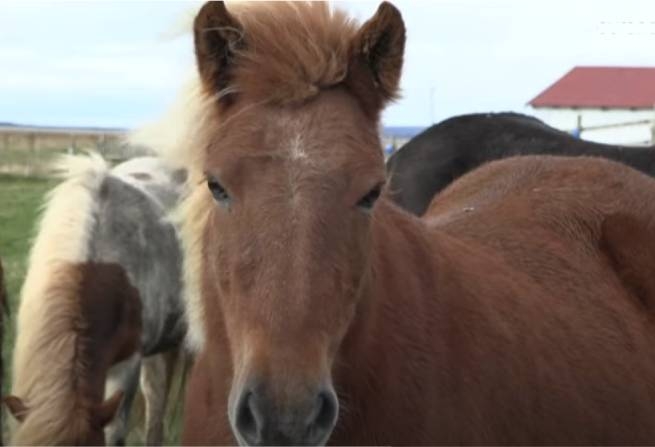 The so-called “blood farms” in Iceland have been generating significant income for the owners for many years, but their existence has only recently become known.

After the hidden camera photos were released, two-thirds of the country’s population, a poll last December showed, strongly oppose their existence. What are these specialized farms?

This farm is located near Reykjavik. Donor mares are bred there, and at first glance an idyllic picture emerges – dozens of horses frolic and graze on a green meadow. But all pregnant animals have their blood taken weekly, about five liters, for use in the laboratory. This continues for 8 months, and then a foal is born and, in most cases, sent to the slaughterhouse.

In special laboratories, the hormone PMSG, the gonadotropin in the serum of pregnant mares, is isolated from blood taken from horses awaiting offspring. It increases the fertility of farm animals: pigs, cows, sheep.

Activists are outraged, drawing attention to the conditions of the horses – they are kept in small cages, they take too much blood and often even beat to pacify the animal excited by the procedure. Rosa Leaf Darradottir, Vice President of Animal Welfare Iceland, says:

“Do you think it’s okay to take a frightened horse and pierce its neck to make fertility drugs and increase the suffering of other farm animals? Is that okay? Most people would say no.”

In Europe, only in Iceland there are “blood farms”. Most of these enterprises are located in Uruguay and Argentina, and there are several in Russia, China, and Mongolia. Last year, 119 such farms operated in Iceland, where approximately 5,400 donor mares were bred. Over the past ten years, their number has tripled (!). And this is not surprising – a profitable business brings a good income. As one of the farmers told AFP, he receives about $70,000 a year.

Many Icelanders have only recently become aware of the existence of “blood farms” after animal rights activists released hidden camera videos of several such farms. Arntor Gudlaugsson, CEO of Isteka, says:

“The video was, shall we say, edited to be unnecessarily negative, in my opinion, showing the process. But it also showed cases of bad practices and practices that should be improved.”

Despite the controversy raised after the publication of the video, most of the “blood farms” continue to work. Business is business…