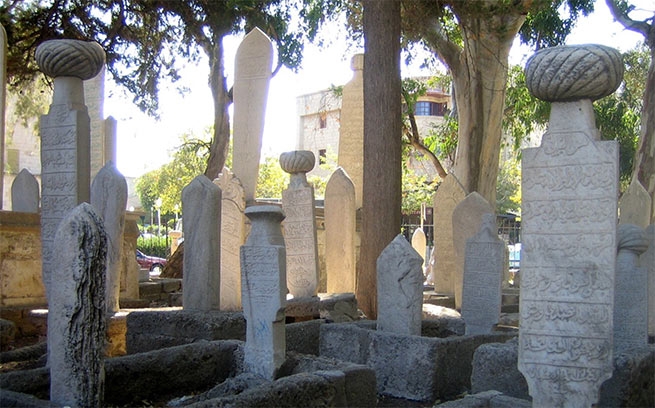 A spokesman for Turkish President Recep Tayyip Erdogan from the ruling AKP party condemned Greece for its “barbaric” treatment of Ottoman cultural heritage over alleged plans by Rhodes authorities to turn the Murat Reis Mosque into a conservatory.

“The systematic policy of the Greek authorities to erase the identity of the Ottoman Turkish structures is disrespectful to the common cultural heritage of mankind. They should be ashamed of the practice aimed at insulting our martyrs,” spokesman Omer Celik tweeted. – While a large number of Greek Orthodox monuments have been restored and reopened for worship in Turkey, Greece is taking a barbaric approach to the general [культурному] heritage and brutally attacks him.

The Murat Reis complex consists of a mosque, a dervish monastery and a cemetery for the Ottoman military. According to the historian Neval Konuk, on the territory of the complex there is the grave of Murat Pasha, the conqueror of Cyprus, as well as two Crimean khans-herais and the grave of the Iranian Shah. Until 2018, the Turkish volunteer Saban Kargingioglu was in charge of the complex, but after his death, the Greek authorities confiscated the land along with the buildings, IslamNews reports with reference to the Anadolu Agency. “The Murat Reis complex was a religious and spiritual center where the Turks living in Rhodes held their weddings, circumcision ceremonies, mawlids and other ceremonies. Now it has been turned into a music institution. This is a catastrophic destruction of a cultural site and disrespect for religion,” said Konuk, author of 12 books on Ottoman architecture. Anadolu Agency.

Built less than a year after the Ottoman conquest of Rhodes in 1523, the mosque is named after Murat Reis, an Ottoman naval commander who served in the fleet of Suleiman the Magnificent and is buried in the cemetery grounds.

In 2020, Turkey converted Istanbul’s Byzantine-era Hagia Sophia from a museum to a mosque, drawing international ire and heightening tensions with Greece. A little later, the fate of Hagia Sophia was repeated by several more Orthodox churches. The protests of Christians in Turkey were reacted according to the principle “you make noise there, and we will do what we think is necessary.”