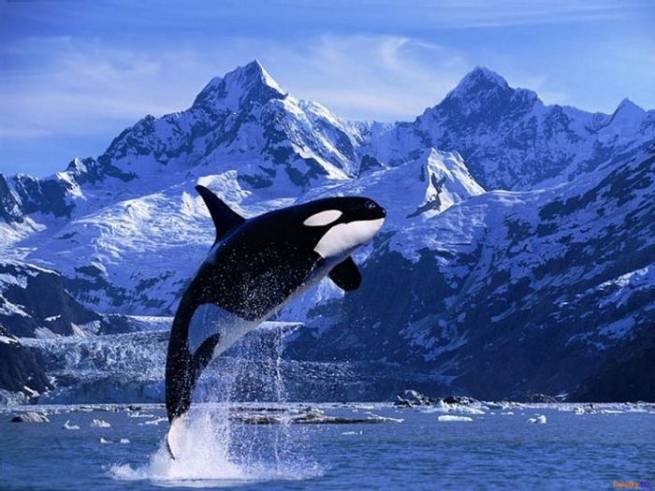 In Spain and Portugal, killer whales actively attack small boats. The authorities do not recommend their owners to go to sea at night, when predators are especially active.

True, people are not included in their “menu” – killer whales eat fish, and when they are hungry they can fearlessly attack dolphins, whales and sharks.

The Spanish and Portuguese authorities are seriously concerned about the increased attacks on yachts and other ships off the Iberian coast. Although predators do not touch people, in August, for example, they managed to sink a yacht, and five of its passengers had to be rescued from sea waters. One of them said:

“She swam slowly, turned her belly up, and with her snout began to push the steering wheel. She turned it from side to side. The boat floated, I did not touch anything.”

In the waters of this area, killer whales hunt tuna in the summer. It is not clear what makes them attack ships, but over the past two years there have been so many incidents that the authorities cannot find the right solution in any way – what to do with these beautiful predators. Even scientists find it difficult to name the reason for such activity of killer whales. One version – they just play. The experts explain:

“All you need is for a single female to behave in this way in front of two or three cubs, and then they will all repeat it again and again.”

Another suggestion is that killer whales attack those ships that seem to them to be whalers and, thus, pose a potential threat to them. At the same time, they consider the ship, and not people, to be the enemy – not a single case of a predator attack on a person, even in the water, has been recorded.

Reference. The killer whale is a species of cetaceans from the dolphin family of the toothed whales. The only modern representative of the killer whale genus. It is recognized as the largest representative of its family, and the only real predator among modern cetaceans that pursues warm-blooded animals. Killer whales are the largest carnivorous dolphins, distinguished from other dolphins by their contrasting black and white coloration. Male killer whales reach a length of 10 m and have a mass of up to 8 tons, females – up to 8.7 m in length.