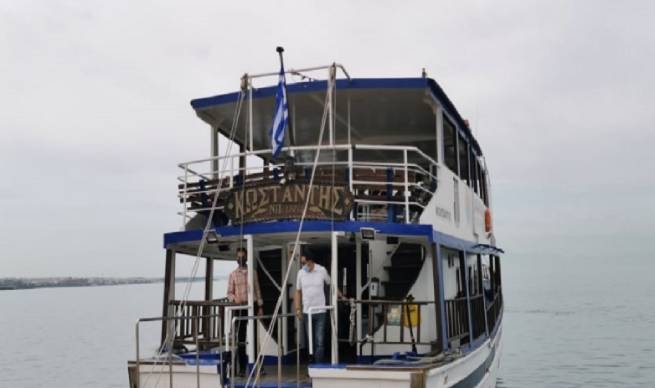 At dawn, a fire broke out in the Thermaikos area in Thessaloniki, as a result of which the Konstantis ship, which was cruising on the Thessaloniki-Piraeus route, completely burned down.

The vessel “Konstantis” on the route Thessaloniki-Piraeus and another boat were engulfed in flames after a fire broke out early in the morning in the area of ​​Thermi. At the scene, according to grtimes.gr, immediately arrived fire brigade consisting of 6 vehicles and 15 firefighters. However, a fire that broke out for an unknown reason destroyed the “Κωσταντής” and the ship standing nearby.

The boat “Kostantis” with 187 passenger seats made its last voyage in early October, and then was transferred to the shipyard. Since 2017, it has been running on the route from the port of Thessaloniki and the White Tower to Piraeus and Neos Epivates.

This season, its passenger traffic has increased by about 15% compared to the same period last year, with ticket sales for trips ranging from 55,000 to 60,000. 90% of the ship’s passengers this year are foreign tourists who visited Thessaloniki and made a “mini-cruise” on the Thermaikos Gulf.

The cause of the fire has not yet been determined, and an investigation is underway.