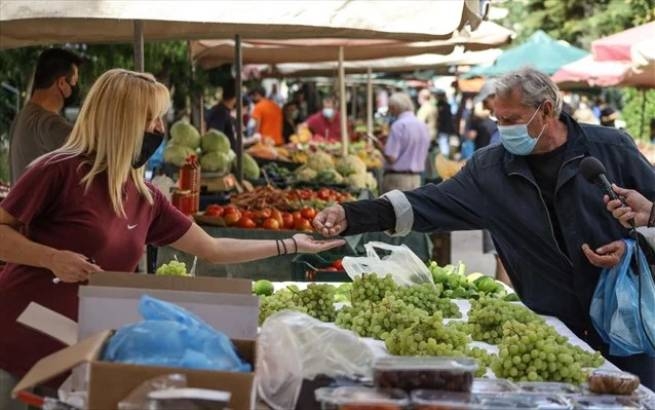 The close attention of the inhabitants of Greece has focused on street public markets (likes). Citizens are trying to find better deals there at low prices, as their wallets are empty.

Grocery prices have risen by 10-20% while producers say “we are struggling to keep prices down despite production costs rising over 50% due to the energy crisis. For example, the cost of fertilizers from 30 euros exceeded 70 euros. And there is nothing to say about the rise in prices for electricity and fuel.”

For their part, consumers confirm that although street markets are experiencing a slight increase in the cost of some products, there is still a solution, as they believe that prices are much higher in supermarkets.

“Now going to the supermarket has become too expensive for everyone. We pay twice as much for the same things we bought before. Likes, despite the rise in prices, are more profitable for us,” Ms. Stavrula tells reporters. It is significant that the prices of products on the open market vary:

According to fruit and vegetable growers, “we want to hope that they will not be forced to continue further price increases as consumers have already cut their purchases drastically because they have no money.”