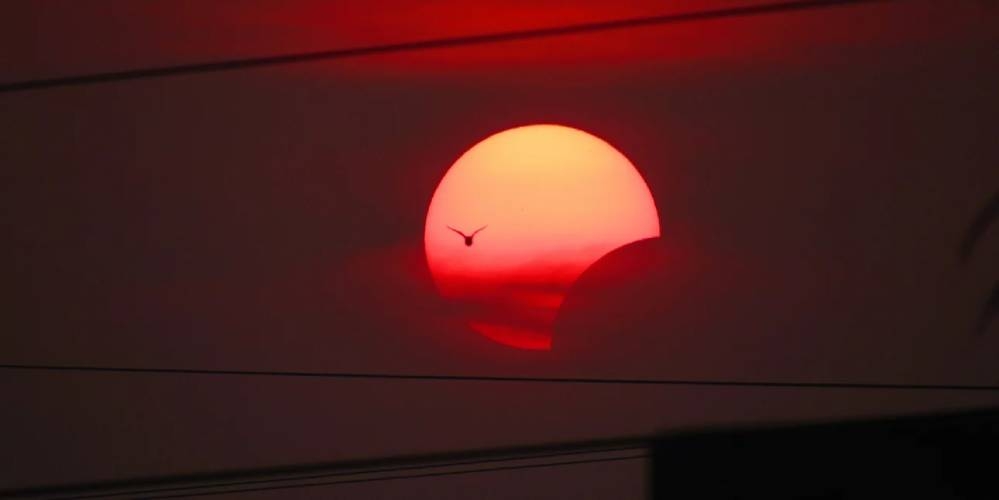 Today, October 25, there is a partial eclipse of the Sun that will be visible from Greece.

How can I watch a solar eclipse?

For all those who want to watch the eclipse and get expert commentary, there is another way. “The Institute of Astronomy, Astrophysics of Space Applications and Remote Sensing (IAADET) of the National Observatory of Athens, with two visitor centers, will observe this phenomenon. In particular, in the visitor center of Thissio, in the vicinity of the Doridis telescope, on the hill of Pnika, portable telescopes were installed to observe the solar eclipse, as well as a device for observing the solar photosphere (helioscope). Visitors who wish to participate in the observation have been provided with special goggles,” says Mr. Vasilakos. Members of the Astronomical Union of Sparta also arrived in Thission.

In addition, according to the director of the Institute of Astrophysics, Astrophysics, Space Applications of the National Observatory in Athens, “The Penteli Visitor Center, in collaboration with IAADET researchers, will monitor the phenomenon in online mode. The event will begin with a presentation of solar eclipses by IAADET solar physics researchers at 12:15 pm and will continue with a broadcast of a partial solar eclipse, which will be observed through the lens of a solar telescope.”

Attention: we do not observe the Sun with the naked eye

According to the Director of the Institute of Astrophysics, Space Applications of the National Observatory in Athens, “A partial solar eclipse occurs when the Moon comes between the Earth and the Sun. With the full alignment (in one straight line) of the Sun, Moon and Earth, we have a total eclipse. On October 25 we will observe a partial eclipse. This astronomical phenomenon occurs 2 to 5 times a year, usually in autumn and spring.“.

However The sun during an eclipse does not become less harmless. “I would like to draw people’s attention. We never observe the Sun directly with the naked eye, even in the event of a total eclipse, because its radiation is dangerous for the organs of vision! Observation is carried out only in special safety glasses with the required filters,” said Mr. Spiros Vasilakos.