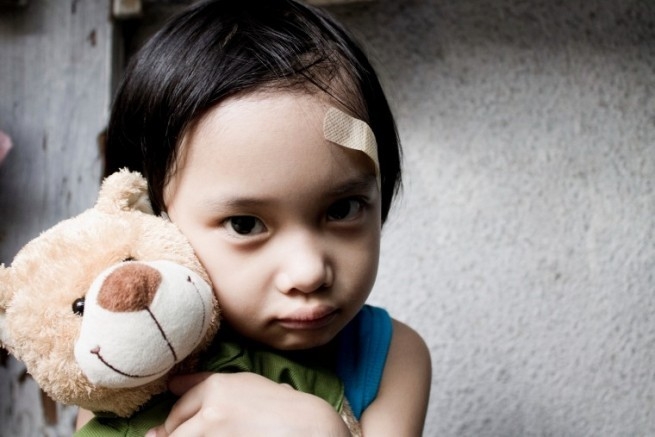 A new national plan to protect children from abuse, exploitation and sexual abuse will be released for public comment very soon.

It was presented to the Cabinet of Ministers at the end of the summer, has since been finalized and is now in its final form. What is new about it? At the heart of the changes is a significant improvement in the filing of complaints, which will facilitate the rapid detection of crimes and help break the taboo on reporting such activities.

The government plans to create a Unified National Management Protocol, which will coordinate the actions of various specialists, taking clear and consistent steps and providing the necessary services. It is also assumed that the police and the prosecutor’s office will work together at a certain stage, so that the juvenile victim of violence does not have to tell about the incident several times, giving evidence. Regardless of where the complaint is filed or which service first detects the existence of violent acts, each case will be recorded in the National Register, and specialists will have access to the file.

A thorough check of all professionals working with children is planned for the presence of any sexual offenses in the past, without a statute of limitations. They will be required to provide a certificate of non-conviction for such crimes. Professionals who come into contact with children will be offered training to help them recognize signs of possible child abuse or abuse and to take the necessary steps on a case-by-case basis to deal with the situation.

It is very often difficult for a child to admit what is happening to him. A necessary condition for this is the creation of an atmosphere of security and trust. Provision is made for the appointment of a child protection officer in all public and private organizations that work with or come into daily contact with children. Juveniles and adults will be able to contact a specific person each organization must designate if they suspect a possible crime or infringement on a child’s safety. All institutions, public and private, whose employees have day-to-day contact with children should develop clear and binding provisions for referring any case of complaint or suspicion of sexual victimization of a minor to the prosecutor or police.

The National Action Plan for the Protection of Children from Sexual Abuse and Exploitation includes actions and rules that apply to many sectors and ministries.

Ministry of Education. The school is a place that can play a significant role in preventing or detecting sexual violence. The recruitment of 3,200 psychologists and social workers has begun. As part of the implementation of the national action plan, teachers, support staff and school nurses are recruited to support children with special needs. Researchers estimate that they are 10 times more likely to be sexually abused than normally developed children.

In schools in the third and sixth grades, a sex education lesson is held; as part of the implementation of the NAP, master classes were launched. The main goal of the programs is to inform and empower children so that they can protect themselves from sexual victimization and abuse by learning and reproducing in their behavior simple rules of self-protection: to learn to distinguish between safe and unsafe touch, and to know that there are “secrets” that are not you need to “keep”, but it is better to tell about them to adults whom they trust.

In elementary schools, the “Safe Touch” program of the organization Eliza (a company against child abuse) and the “Lingerie Rule”, a program developed by the Council of Europe, are implemented.

Ministry of Justice will continue to develop the following protocols for juvenile crime victims and juvenile offenders:

Ministry of Health care. With the help of the Recovery Fund and the implementing body of the Child Health Institute in Athens and Thessaloniki, two day centers for abused children are being established to support their mental health, with funding of 280,000 euros per year for each. Three day centers specializing in holistic family support are also being set up, with an annual expenditure of 350,000 euros, in Athens, Piraeus and Thessaloniki. The creation of day centers (in plans 8-9 across the country) has also been announced to improve the mental health of citizens so that they can receive support in the fight against domestic violence, reports CNN Greece.

Earlier, our publication said that, despite the fact that in previous years Greece did not pay due attention to this aspect, in recent years the country has made great progress in this direction. Deputy Minister of Justice Georgios Kotsiras, based on EU figures for 2022, notes that Greece is firmly in leading position for all indicators related to “child-friendly justice”. The ministry’s written document highlights actions in this direction (verbatim):

“A national action plan on children’s rights has been completed and implementation has begun, with child-friendly justice as a priority, in particular. Recent amendments to the Criminal and Criminal Procedure Codes provide additional protection to victims of crime and, in particular, the most vulnerable of them such as minors.”