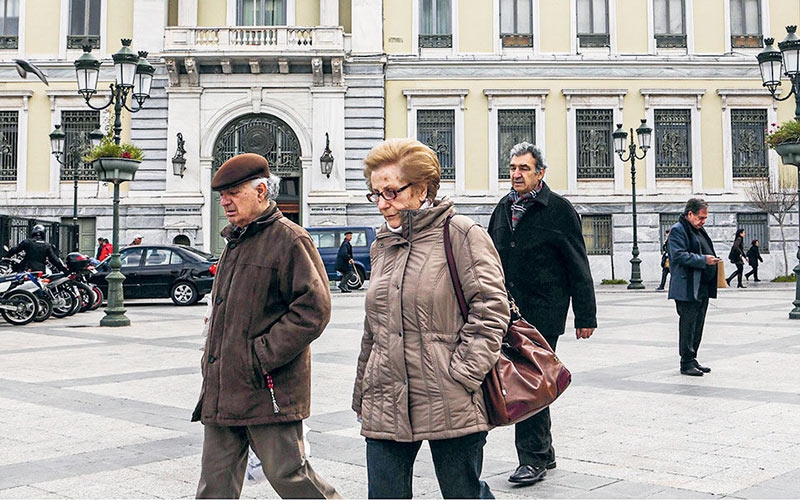 Greek pensioners, who currently receive a maximum allowable pension of 4608 euros, will receive more from 2023, as this maximum, the ceiling, is set on the basis of the basic national pension, which will also increase by at least 7%, reaching 411 euros.

The Ministry of Labor notes that, pending a final decision on the increase in pensions, which will affect 1,682,116 pensioners of all funds and regardless of the type of pension they receive – old age, widowhood, disability (out of a total of 2.4 million pensioners) for those who has already retired, the increase will apply to both the national and the funded part of the pension. In practice, this means that, for example, with a 7% increase, the national pension will be €411 in 2023, while today it is €384. Accordingly, the accumulative part of the old-age pension will increase in the same way.

During the last period, there has been particular concern about how the increase for those who become retirees in 2023 will be calculated, as concerns have been raised about a wave of mass retirements in 2022 so that those who are already eligible to retire will be able to receive a full increase in both national and funded pensions. Those who become retirees in 2023 will also receive a pay raise equivalent to the 7% increase that active retirees will receive from 1/1/2023, according to the Labor Department. The difference between the increase in pensions for working pensioners and those who will become a pensioner from 1/1/2023 is that they are calculated using a different mechanism.

The first mechanism applies to pensions already granted: each year from 1/1/2023, the total amount of pensions will increase by a factor based on the sum of the annual rate of change of GDP plus the rate of change of the average annual general consumer price index for the previous year, divided by 2!.

Thus, according to the estimates of the Ministry of Labor, the pensions that will be issued in 2023 will be increased, since the national pension will increase by, for example, 7%, and pension earnings will be multiplied and increased by the 2022 inflation rate.

An increase of 7% will be seen by 1,682,116 pensioners of all funds and regardless of the type of pension they receive (old age, widowhood, disability). Of these, 80%-85% will receive a full 7% raise, and the vast majority of the rest will receive a raise of more than 6.5%, depending on the size of their personal difference.