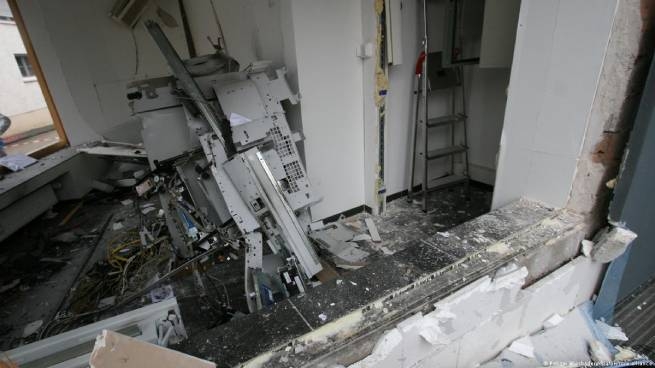 In Europe, cases of undermining ATMs by criminals have become more frequent. Claire Georges, a spokeswoman for Europol (the European police agency) in The Hague, spoke about the alarming trend.

“Increasingly, extremely serious explosives are being used by criminals, sometimes leading to the collapse of buildings and the death of innocent people. This is how modern bank robberies work.”

The reason for the frequent explosions of banking machines is banal. If the banks themselves usually do not have too much cash, then criminals can get hold of hundreds of thousands of euros in ATMs. At the same time, ordinary people are increasingly suffering from such activity, because many cash withdrawal machines are located on crowded shopping streets or in supermarkets. Claire Georges notes: “Criminals are not interested in people, all they care about is money.”

An alarming trend is observed in many European countries, especially in the Baltic countries and Southern Europe, in Germany. Criminals use various methods of enrichment. In Germany, for example, they withdrew more than 30 million euros from bank accounts using cards copied from ATMs using computer technology.