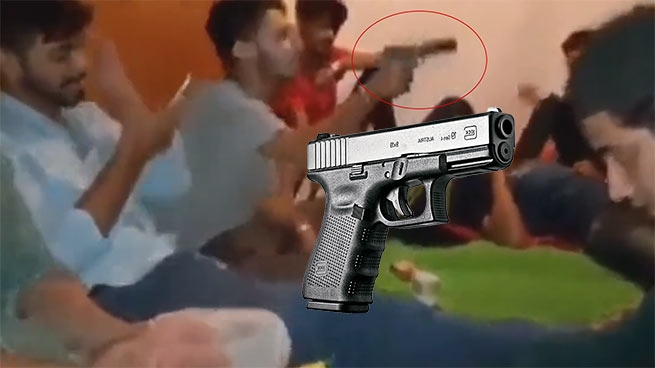 A group of Pakistanis living in Athens are listening to Pakistani songs and one of them gets high and pulls out a gun and starts shooting in the house!

A video that surfaced yesterday on social media shows the main problem that has arisen in Greece due to the massive influx of illegal immigrants.

The arrival of illegal immigrants, which has been going on for more than 7 years, has increased in recent months, with 300 to 350 people entering the country every day, all of them going to an “unknown destination”.

The possession of guns by an illegal immigrant indicates that there are networks in Greece that have access to guns.

Greek mass media sound the alarm, reporting that, according to their information, agents of the Turkish intelligence service MIT, as well as militants of the Gray Wolves and former ISIS fighters, are entering the country along with ordinary illegal migrants.

According to Greek journalists, MIT agents create organized spy and sabotage networks, concentrating in areas near the military installations of the Greek army, navy and air force bases.

Mention should also be made of the entry into Greece of persons who were former ISIS and al-Qaeda fighters or Turkish fighters holding a Syrian passport. That is, they have Syrian citizenship, but TURKISH national consciousness. This means that they can be used in various ways to carry out terrorist attacks and sabotage during a possible military conflict between Greece and Turkey.