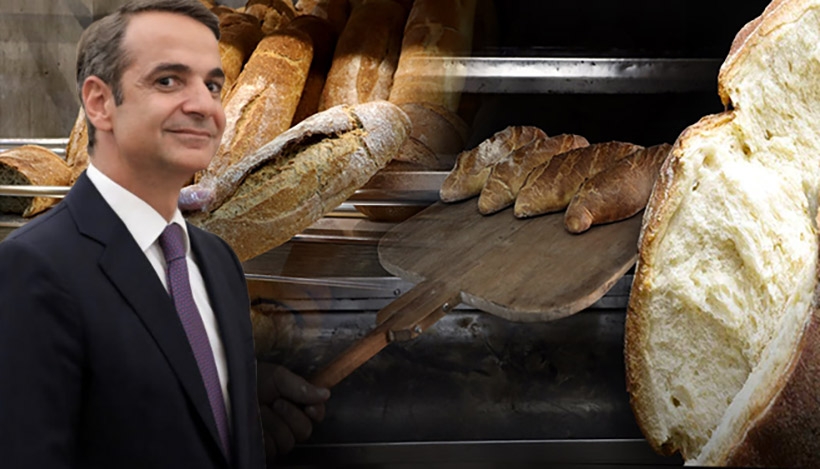 The war that the government of Mitsotakis personally declared to Russia on behalf of the Greeks, without asking the people, now calls on them to pay for it with their health. The government encourages its citizens to eat frozen bread, which, like all frozen foods, contains substances harmful to the body. And, of course, not to turn on the heaters and not to drive their cars because Mr. Mitsotakis believes that Greece is in a state of wars with Russia.

All this in order to justify sanctions against Russia by the government and its partners in the European Union.

The response to all this, given live by Piraeus baker Dionisia Christou on SKAI, did not seem to please the participants of the program, and they tried to support the pro-government narrative.

“The bread must have all the costs of the bakery at least 1.5 euros. We are talking about private bakeries, those that produce, knead, not import, do not bake frozen bread”!

Then Mrs. Cristu came back and said, “Yesterday I had such a discussion, listen to me, everyone can sell whatever they want, the point is that you have to write on ingredients that are extremely harmful to our health, you know that, we here, there are no E’s or flavor enhancers in our products.”

Then Dora Kutruku, interrupting her, asked her how she sees … the ceiling of the price of bread in the famous “baker’s basket”, and whether it will work “at your expense”, to which she received a categorical answer: “No, no. Unless millers or the government, or I don’t know who, won’t come here and tell me: Mrs. Christou, take a subsidy for electricity, for flour, for the people who work here, and for me, because I work here too.”

And then Dimitris Iconomou said, “So you don’t want to have pastries in your food basket?” To which Mrs. Christow replied: “I told you if they would cover me financially.”

“But then, if the government covered you, it would give money directly to consumers,” D. Economus said, and added: “The government wants you to cut your profit margin!”

Kristu replied: “How will this happen? Then we will close.”

Of course, the pro-government SKY did not like this answer either.