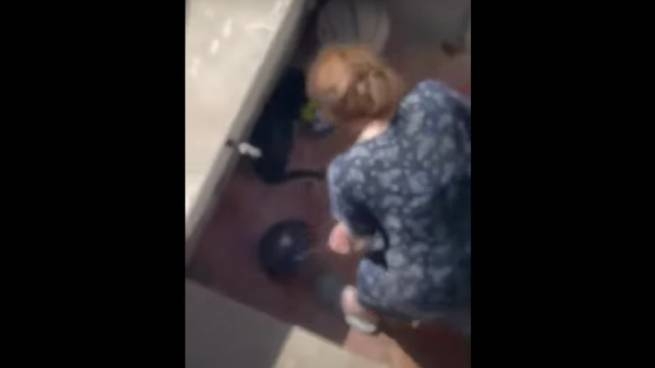 Compassion and cruelty have one identical component – the absence of age restrictions. And it is strange to state that even the elderly people completely lack an elementary feeling of pity for “our smaller brothers.”

Another video confirmation of the fact of animal abuse. This time in Nikiya, where an 80-year-old woman brutally drives away a dying cat with various objects, a stick and water from a hose, reports protothema.gr.

At the same time, the unfortunate animal is not able to get up and leave, it is on the verge of death due to the actions of the same woman – the day before she laid out the poison. In the end, the tormentor takes a stick and tries to push the cat through the garden gate, moving along the ground. Meanwhile, a neighbor shouts to her: “Do not throw it away, otherwise the police will be called.” Either warning about responsibility for bullying, or with the aim of calling for the completion of what has been started “away from prying eyes.” I would like to hope that the first thing is that not everyone should be ruthless …

It is noteworthy that in October last year, this woman was charged with attempted cruelty to animals – she laid out poison for stray cats. The Court of Minor Offenses sentenced her to a suspended sentence, but it seems that this did not become an obstacle to further such actions of a woman in whose soul cruelty and indifference to other people’s suffering reign. Neighbors say that she constantly mocks homeless animals, laying out “traps”.