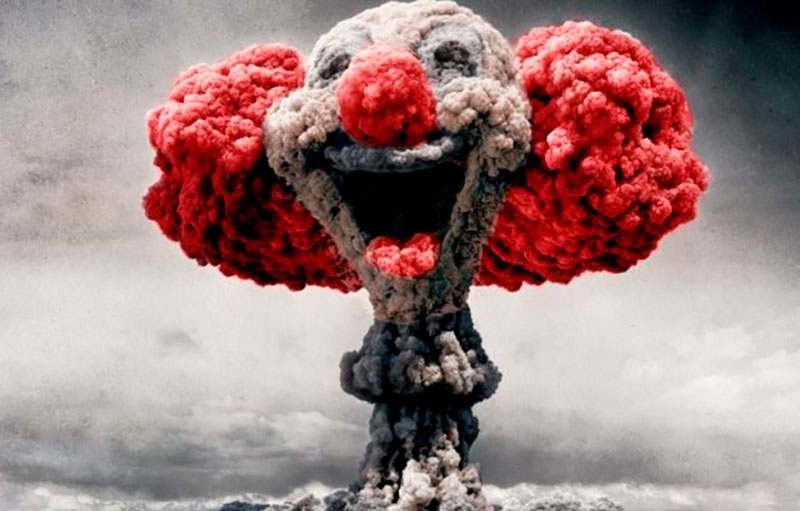 President of Ukraine V.Zelensky asks the West to bomb the Kremlin if the Russians hit the Ukrainian decision-making centers! Or, more simply, he asks to start the Third World War in order to save his regime. Because everyone knows what Russia’s response will be.

Zelensky gave another interview where he calls for a strike on Russia. Now, however, his rhetoric has changed somewhat. If quite recently he called on the West to deliver a preventive nuclear strike against Russia, and then, turning back, announced that he was “misunderstood”, now he calls for a “retaliatory strike.” True, according to the head of the Kyiv regime, the West should respond with nuclear weapons if Russia suddenly decides to strike at his (Zelensky) office.

“The answer of the world should be the following: if you strike at Bankovaya, then there will be a strike where you are. If you do this, then in a second, regardless of the result of your blow, you will have a blow to decision-making in your state,” the Ukrainian president explained in an interview. – If the message is that a decision center will be hit, the world should react like this: Listen, if you hit Bankova (the street where many government buildings are located in Kyiv), then you will be hit too, who gives orders to kill people. If you do that, then in a second, regardless of the outcome of your strike, the decision-making center in your country will be hit.”

In an interview with CTV and CBC, Zelensky also stressed that Ukraine lives with a neighbor “who understands only force.” Ukrainian President Volodymyr Zelensky has said that Russia has launched massive strikes against Ukrainian infrastructure, and the Ukrainian military will continue to improve its already very good record of shooting down Russian missiles and drones with the help of Ukraine’s allies.

“The geographical scale of these recent mass strikes is very wide,” Volodymyr Zelenskyy said in his evening video message, specifying that areas of western, central and southern Ukraine were hit. 20 missiles and more than 10 Iranian-made Shahed drones were shot down, he added. The Air Force General Staff said earlier that 33 missiles were launched in Ukraine and 18 were shot down.