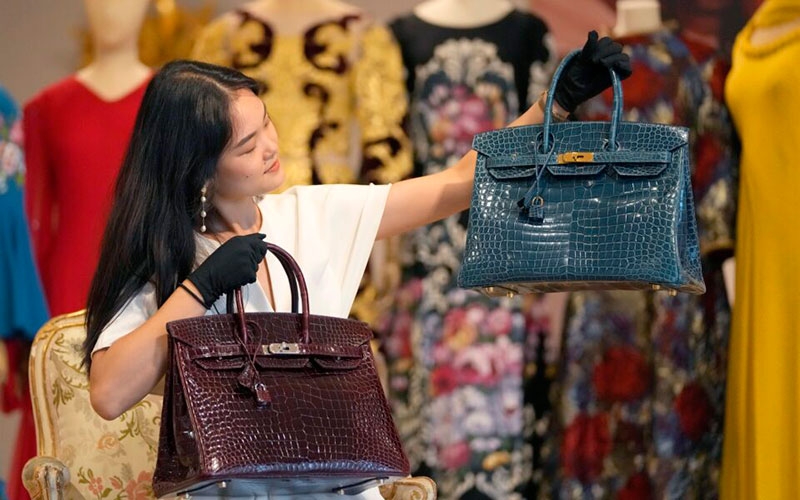 If you look at the recent very positive quarterly financial results of high fashion and luxury goods companies, you will see that the wealthy live in a different world where there is no recession, no inflation and no expensive electricity.

One has only to look at Hermes International and LVMH sales, as well as Swiss watches, which have skyrocketed on demand from a resurgent China and American tourists flooding the Old Continent, aided by a strong dollar.

Therefore, despite great hardships for the majority of the world’s population, Birkin bags, Moet Hennessy champagne and Louis Vuitton leather goods will always be bought.

As for the export of Swiss watches, it grew by 19% in September, which means that the industry as a whole is very close to ending this year with record results.

Exports in particular increased to 2.2 billion Swiss francs, making September one of the best months ever, according to the respective Confederation of the Swiss Watch Industry.

Exports are up 13% in the nine months to 2022, driven by strong demand for Swiss watches from the US, Japan, Singapore and the United Arab Emirates. And in China, sales rose by 15% despite the country’s zero-tolerance policy for the coronavirus, with tight restrictions.

It’s worth noting, as reported by Bloomberg, that the industry is recovering strongly from the pandemic thanks to consumers saving during the lockdown and digital sales.

In addition, the luxury, accessories and haute couture groups in general seem to remain largely immune to the cost cuts that other retailers are suffering, especially consumer goods companies.

“At this point, we have no signs of slowing down in any of our markets,” Eric de Alve, the company’s chief financial officer, told reporters. However, he clarified that Hermes remains vigilant due to conditions in the international geopolitical and macroeconomic context. At the same time, however, as another gesture of Hermes’ confidence, Eric di Alvi said the company plans to increase its recruitment.

The company opened a new flagship store in New York in September and plans to open another one in Shanghai in late October.

In addition, Hermes believes there is room for price increases for its products. Eric de Alve confirmed that the group plans to increase global product prices by 5% to 10% in 2023, compared to 4% in 2022.

Considered to be one of the most powerful brands in the luxury sector, Hermes’ handbag production is only limited by its own handbag manufacturing capabilities. In September, the auction house Sotheby’s sold the most expensive crocodile leather Hermes Kelly bag for 352,800 euros at an auction in Paris.