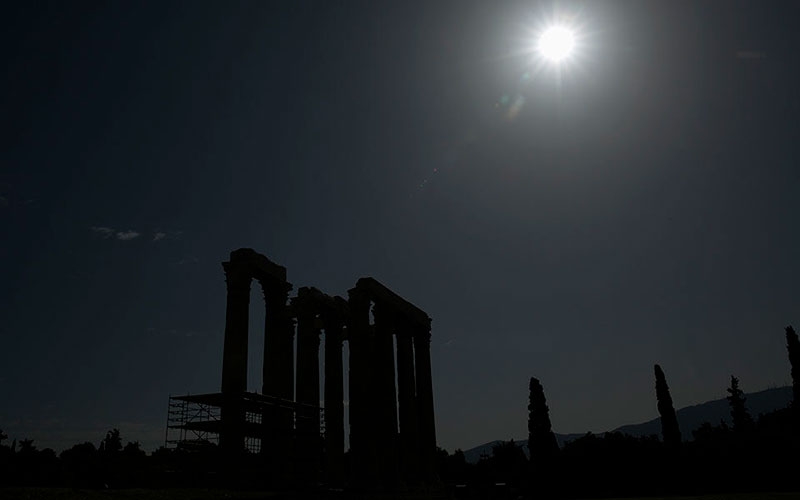 The maximum phase of the eclipse will be observed in Central Russia and Western Siberia, where the Moon will cover about 85% of the solar disk. In central Greece and Athens, the duration of the eclipse will be about 2 hours and 15 minutes. It will begin at 12:36, the maximum coverage of the solar disk (almost 38%, reaching 46% on the northeastern border of the country) will occur at 13:43, and the phenomenon will end at 14:51. In Thessaloniki, the partial eclipse will begin at 12:30 pm, peak at 1:38 pm, and end at 2:46 pm.

A partial eclipse occurs when the Moon moves between the Earth and the Sun, covering only part of our star. Even so, the eclipse cannot be safely observed directly with the naked eye (there is a risk of serious damage), but only through binoculars or a telescope with a special solar filter.