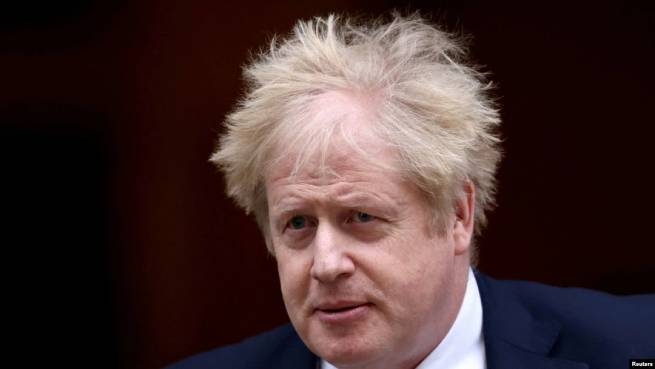 Ben Wallace, the British defense secretary, has already announced that he is giving up the fight for the post of prime minister and is leaning towards the candidacy of Boris Johnson. He became the second minister to publicly support the former British prime minister.

sky news reports that Wallace was not categorical in his statement, but made it clear who he would support: “At the moment I would be leaning towards Boris Johnson.” At the same time, the Secretary of Defense noted that this does not remove from the agenda the issues that remained with Johnson regarding the parliamentary investigation into his behavior. The first minister to support the ex-premier’s candidacy was Enterprise Minister Jacob Rees-Mogg.

Wallace said the Conservative Party should think about “who has the mandate” – Johnson won the 2019 election. And he added that the party “should focus” on who will bring unity and who can win the next election. “European Truth”. However, in order for Boris Johnson to be able to run, he will have to enlist the support of at least a hundred members of parliament from the Conservative Party. And this may prove to be a difficult task, given the skepticism towards him from the party establishment.

Meanwhile, the leaders of the Conservative Party are trying to enlist the support of associates. The most likely contenders for the post of head of the government of the United Kingdom, analysts say, are three conservative politicians: Penny Mordaunt – the leader of the House of Commons, Rishi Sunak, the former head of the Treasury and, quite remarkably, the still popular Boris Johnson …

Rishi Sunak is the only possible candidate for the leadership of the Conservative Party of Great Britain, which the British view more positively than vice versa, evidence of this interview agency YouGov, published on Friday. 43% of respondents said that Sunak would do a good job as Prime Minister of the UK, while 40% thought he would be a bad head of government. Sunak is the only candidate for whom the balance of positive and negative ratings is not negative.

As we reported earlier, British Prime Minister Liz Truss broke all political records – just 44 days after taking office, she announced her resignation. Her tenure as prime minister is the shortest in the country’s history. After meeting with the chairman of the “1922 Committee” in charge of internal affairs, Truss announced to the public that she was leaving her post.