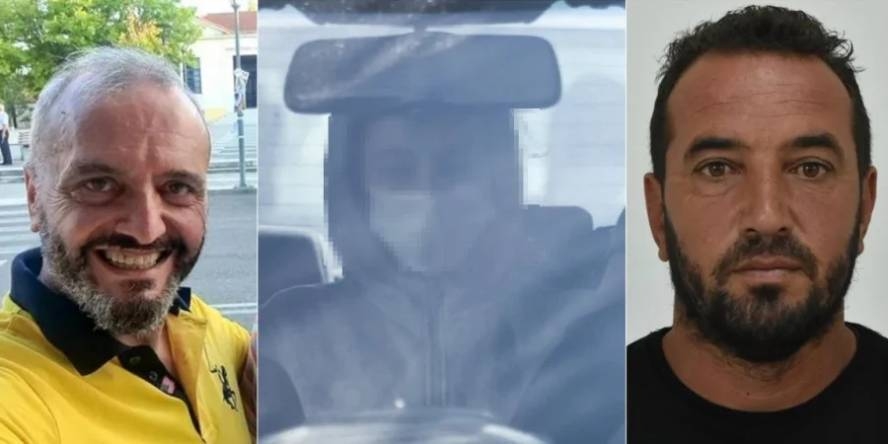 In anticipation of new arrest warrants, which, according to information, will be from three to five, the case of involving a minor in prostitution continues to be investigated. At the same time, shocking data is revealed.

Upheavals and turbulent events constantly occur in the “pedophile” case, in which a complaint about the rape of a 12-year-old girl by 53-year-old Ilias Mihos led to numerous arrests. For the rape of a minor, 42-year-old Yannis Sofianidis was also arrested. Also shocked by the information about the arrest of the 37-year-old mother of the girl, who is also accused of involvement in the case (pimping).

While the investigation is ongoing and the mother of a girl who is regularly sexually abused in the Kolonos (Sepolia) area is expected to testify, two accused of heinous acts make provocative statements, claiming that “everything happened with the consent of the girl and her mother.”

Disputing statements by the defendants

The two defendants looked provocative and belligerent in the dock. A measure of “temporary detention” has been put in place against them. Two men are taken to Trikala prison.

“I knew her age, but she looked older,” Ilias Mikhos said in his testimony to the investigator, and Yiannis Sofianidis stated that he not only had sexual contact with a consensual minor, but also claimed that the girl herself provoked him and encouraged to get closer!

“I had sex with Miho at gunpoint and knives”

What the girl told the police even shocked some of them. When the law enforcement officers heard her story about what she had to go through and what she had suffered, being “in the hands of rapists”, even the “worn out” law enforcement officers were stunned. The little girl described the terrible moments she allegedly had with Ilias Mihos in his shop in Kolonos. According to her, he threatened her with knives and pistols and forced her to strip naked.

“That was the day we had to go down to the warehouse. He began to rub for me, grab for different parts of the body. Then he began to threaten with knives and weapons, saying that “if I tell anyone about this, he will kill me or my family, or disgrace the whole world. I told him that I do not want … this … “He wanted us to have sex and threatened to kill me if I refused him. It did happen once… and it always happened in the warehouse after that.”

There was another officer upstairs who never bothered me, he didn’t seem to know what was going on,” the girl said and added elsewhere in her testimony:

“He made me do it with others. He forced me to have sex with them for money, which Miho always took. He constantly told me that if I didn’t do this…then…he pointed to weapons and knives. He found men on some website, they were not his friends. He had my account (social media page) and sent messages on my behalf. He entered my number, I received a code, and I told him it.

He installed my Viber on his mobile in parallel (all information and messages were reflected simultaneously on two different phones). And he drove me to clients in his car in Sepolia. I was with everyone outside Miho’s shop. He drove me to the subway and I waited for them to arrive. I was with eleven men. They dropped me off where they picked me up, and then I returned to the store. I didn’t go to houses or hotels. They gave me money in my hands, about 50 euros, and I gave it to Miho.”

The girl claims that her entire family and her father knew Ilias Mihos. When she was asked what she thought of the owner of a convenience store in Sepolia, the girl reportedly called him “nice” at first. But then, when her little soul was unlocked by child psychologists, she cried and asked for his punishment.

The girl confessed to experienced child psychologists in her fears: “I was really very afraid of him, so I didn’t speak before.” At the end of the conversation, she said that she gave all the money to the man. Psychologists are moving “step by step” to make the terrible memories less traumatic for the girl.

As follows from the information, as well as from the messages that the mother of 8 children sent to Miho’s wife, the role of the niece’s aunt, who found the messages in the child’s mobile phone, is crucial to solving the crime. Upon discovering the messages, the girl’s aunt contacted the girl’s mother and said she had found “something terrible” there. From that moment on, she began to put pressure on her niece’s mother, saying: “If you don’t go to the police, I will!” After that, friction began between the two women.

In particular, the mother hesitated to report the incident, and then her aunt threatened her that she herself would go to the police. So the mother, under pressure from her aunt, turned to the police.

In fact, as reported on the MEGA channel, the mother of the minor told the 53-year-old man what had happened, telling him that if she did not go to the police, her aunt would. She stated to Miho, “I’m being pressured by the child’s aunt to file a complaint.” However, as can be seen from the messages sent by the teenager’s mother to the wife of Ilias Mihos shortly before and after the complaint to the Kolonos district police station, the girl’s mother’s hesitation is confirmed.

The child presented messages and calls that were made by her mother to his wife Miho. The messages in question, revealed by Alpha on T-live, have not yet been included in the case file, but appear to be included as soon as they testify next Monday.

According to the Alpha channel, there is also evidence from the testimony of a teenager that allows us to conclude that a mother accused of aggravated pimping began betraying her daughter even before the rape.

The police also have testimonies from residents of the area, which say that the mother met with unknown men in the area about a year ago, having a child with her.

The wife of Ilias Mihos, according to her, as soon as she found out about everything, she filed for divorce. And it has nothing to do with the affairs of the ex-husband.

An organized gang of pedophiles?

The authorities are talking about a whole group of pedophiles behind this terrible act. And, according to information, new arrests of people who brutally raped a child are expected in the near future. At least two other girls, now 18, were victims of the two arrested when they were still minors, Apostolos Lytras, the lawyer for the mother of the minor, said.

The task of the authorities is the immediate arrest of all those involved, both the rapists of the child and those 213 who contacted Ilias Mihos in order to satisfy their “sick fantasies”.