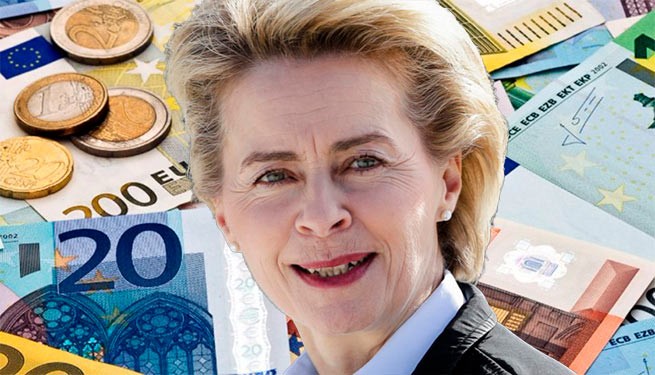 The shocking revelation was made by a German MEP yesterday (11/10) in the European Parliament at a Pfizer/BioNTech meeting about the vaccine’s controversial efficacy, pricing and clinical trials before it was applied to millions of citizens. EU.

According to the German MEP Dr. Sylvia Limmer*: “80% of pregnant women who received the mRNA vaccine miscarried!”

Pfizer CEO Albert Burla has canceled a testimonial before the European Parliament’s COVID-19 Select Committee, where he would answer difficult questions about how secret vaccine deals were made.

At the same meeting, N. Dupont-Aignan, president of the “Debout la France” party, member of the French parliament and presidential candidate, stressed:

“We understand well why Pfizer CEO Albert Burla refused to be heard by the European Parliament. A Pfizer spokesman admitted that his vaccine was not tested to prevent transmission of the virus. All vaccinated people are protected – this is a lie! A new scandal.”

After this revelation, all those suspended from work should be reinstated, according to another French political president, les Patriotes.

“Get vaccinated for others” was always a lie.

The only purpose of the #COVID passport: forcing people to get vaccinated.

The world needs to know. Share this video! ⤵️ pic.twitter.com/su1WqgB4dO

R. ROOS, MEP for the Netherlands, said: At the Covid hearing, the director of Pfizer admitted to me that “at the time of introduction, the vaccine had never been tested to see if it stopped the transmission of the virus.” This deprives any legal basis of the so-called. A covid passport that led to mass institutional discrimination… I consider it criminal and scandalous.”

*Dr. S. Limmer is a biologist at a biotechnology company specializing in the development of methods and drugs (RNAi therapeutics), and head of the cell biology department.

PS According to the information received by the editorial office, a team of investigative journalists has taken a close look at the financial condition and accounts of Ursula von der Leyen, her relatives and persons affiliated with her, in order to obtain illegal income from pharmaceutical companies. And according to rumors, there is already something pecking …