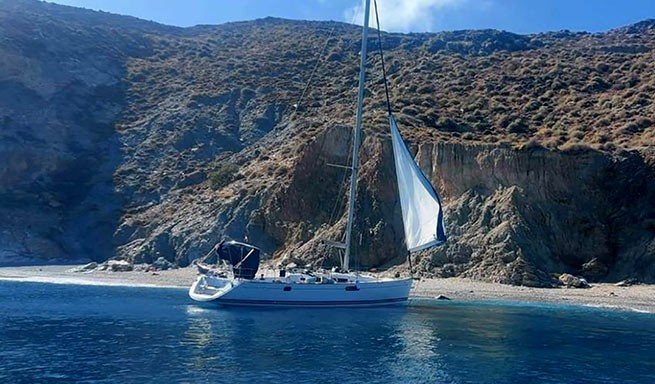 Turkish coast guards beat illegal migrants on a boat to send them to Greek waters. Migrants who tried to hand over young children to the Turkish Coast Guard were beaten in response.

This is a very common situation in the Aegean, when the Turkish police escort and push the boats of illegal migrants towards the coast of Greece. Their Greek counterparts often do the same. When videos like this appear, cries of indignation are heard from every side ….

People are becoming a bargaining chip in the political bargaining between Turkey and EU. Tolerating humiliation, people are forced to participate in this whole circus, which is staged by global imperialism.

In addition to political bargaining, various cartels around the world make good money on migrants. The crisis actively promotes human trafficking. Prices for the transportation of one person from Turkey to Italy, today are from 10 to 15 thousand US dollars.

A yacht with illegal immigrants off the coast of Foleandras

Greece, on the contrary, is a less attractive target, as, firstly, the Greek coast guard often pushes illegal immigrants back into neutral waters, and, most importantly, the Greek authorities have recently practically stopped granting refugee status to people from Africa and Asian countries. And this means that they are sent to prison-type camps and, if possible, sent back to Turkey or their homeland. 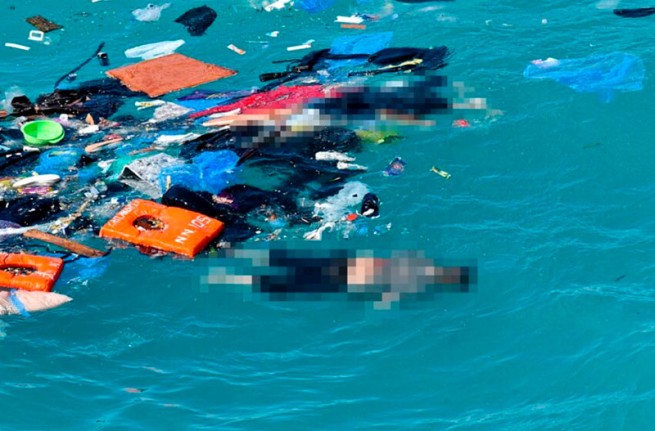 It is noteworthy that recently an attempt was made to make money on illegal immigrants. Turkish fishermen, who towed a boat with migrants to Greek waters, where they were left to fend for themselves, despite the storm. They reportedly charged between $300 and $500 from each of the approximately 50 people.
The result was sad – 18 people died …